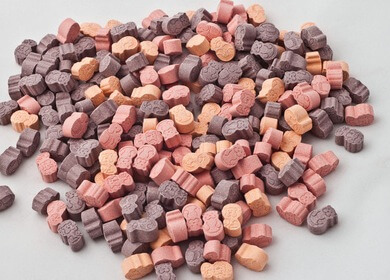 One quick glance at the ingredient list on a bottle of those classic Flintstones vitamins should be enough for most parents to leave “Fred” behind.

Unfortunately, many still aren’t aware of the dangers lurking inside, and with all good intention are trying to do something good for their kids.

Here is what we found inside the bottle of some of the most popular kid’s vitamins:

These innocent looking little vitamins are packed with sugars, which might make them more attractive to your kids, but they also put them at risk for a long list of ailments including obesity and diabetes.

In the classic Flintstones vitamins, the first ingredient, granulated calcium carbonate, contains several forms of sugar including dextrose monohydrated, a form of dextrose which causes insulin levels to rise, as well as actual sugar.

Sucrose is yet another sugar, followed by Sorbitol, which is a sugar alcohol. It comes with its own side effects including potential severe diarrhea, flatulence and bloating. The good news is, sorbitol has not been found to cause cancer, at least not yet.

Most children’s vitamins come in a variety of bright colors to make them look more enticing, but these food dyes have been linked to a number of health issues including attention deficit hyperactivity disorder in children. The EU and Britain have banned artificial food dyes, considering them harmful to human health, but they’re in America’s vitamins marketed for kids.

Most children’s vitamins like Flintstones, Disney Princess or Gummi King are made from synthetic chemicals that were produced in a lab. These fake vitamins and minerals can’t be absorbed by the body in the way that nutrients found in food are taken in.

Experts have estimated that less than half of a synthetic vitamin is utilized by the body – and some research has indicated that figure may be as low as 10 percent.

In addition to not giving your child the optimal nutrition you think you are, these vitamins contain all of those unwanted, potentially harmful ingredients too, which is worse than giving them nothing at all. 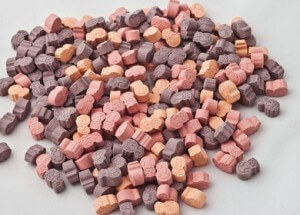 The best way for your kids, and for anyone for that matter, to get the essential nutrients the body needs is from natural, organic foods. Fill your refrigerator and kitchen cabinets with healthy, nutritious foods and don’t stock up on junk foods. Be a good example yourself, replacing those foods that contain little or no nutrition with wholesome choices.

Consider enticing the kids to eat their veggies by adding greens to a fruit smoothie, make cauliflower mashed potatoes or celery sticks with organic almond butter. Allow them to pick out some of their favorite fruits and vegetables at the grocery store or farmers market.

Get creative! The rewards of setting up your kids for a lifetime of health and protecting them from a host of illnesses and diseases is well worth the effort.