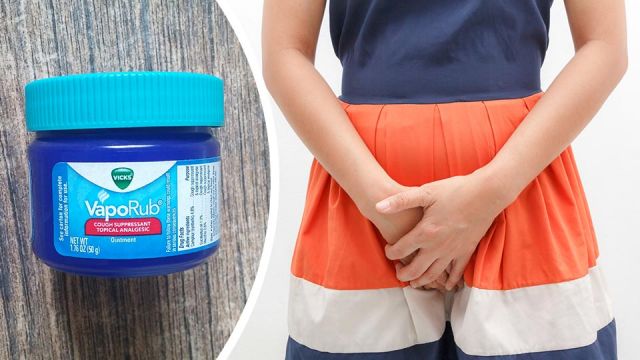 Medical experts are urging women to not use Vicks Vapo Rub to clean their vaginas, after an internet trend was sparked by claims that the product was beneficial for cleaning.

Last week, major news outlets like The Sun and Daily Mail were writing articles claiming that the cough suppressing product had a dual purpose of being a vaginal health product, when in reality, this is utterly false.

Several of the online forums last week talked about how the product could cure vaginal thrush, or help with sexual stimulation. However, research denies this and argues that the product could actually introduce infections, or make current infections worse by disrupting bacteria.

Also, many were claiming that the product would help foul odors, when in reality, that is not the product’s intended use at all.

Here is a picture of the product:

Has anyone tried the new lavender Vicks VapoRub? Still smells like good old Vicks to me with no lavender. ☹️ @ProcterGamble pic.twitter.com/622Lcd7zlK

Also, to further refute the false Vicks Vapo Rub claims, the product will absolutely not cure existing thrust infections. If anything, it could make an infection worse.

Dr. Vanessa Mackay, a gynaecologist at the Royal College of Obstetricians, told The Sun, “[The vagina] contains good bacteria, which are there to protect it from infections.” She continued that soap and and water will suffice to clean the area, not Vicks Vapo Rub.

Doctors say that if you notice a weird discharge or bad smell from the vagina, don’t rely on Vicks Vapo Rub, as some online forums suggested. Instead, immediately consult with a medical professional.

By the same token, some medical professionals claim that other products like mint body wash and bath bombs will throw off the vagina’s pH levels and create health problems.

Some users on Twitter have chimed in on the matter:

Overall, it looks like Vicks Vapo Rub is just another fake remedy for vaginas, along with wasp nests, cucumber cleanses and vagina glitter.