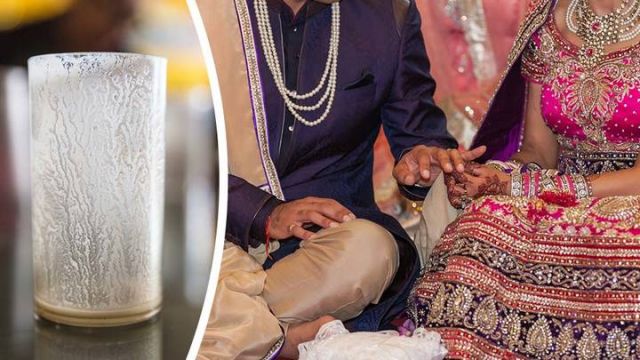 Choosing one’s spouse is something most people take for granted in the West. However, arranged marriages are still the norm in many parts of the globe, especially in South Asia and the Middle East.

Bride poisons dozens to get out of forced marriage

Tragically, many women where this custom is practiced will go to drastic lengths in order to avoid marrying a husband they have not chosen. One young bride, Aasia Bibi, allegedly took the most extreme steps imaginable by allegedly trying to poison her spouse, a move that inadvertently ended up fatally poisoning 17 relatives.

Aasia was in court this past Tuesday to face murder charges, which have been filed by Pakistani authorities. The incident reportedly took place in Ali Pur, a small village in the northeast part of Pakistan.

Aasia, 21, is accused of trying to slip poison into her new husband’s milk. He declined to drink the glass, but the milk was later used by a relative to make a yogurt-type beverage, which sickened 27 people. Seventeen of these individuals subsequently died, including a 10-year-old girl. Several others remain in critical condition and the death toll has mounted in recent days.

Aasia initially denied trying to poison her husband, Amjad Akram, 25, but she has since acknowledged that her boyfriend provided a toxic substance. He reportedly suggested that she give it to her husband. The boyfriend has since been arrested, too, along with an aunt who was supposedly part of the plot.

Bride’s desperate pleas to get out of marriage were rejected

The newlywed denies trying to harm anyone else (besides her husband) and she has expressed regret about the victims who have died. She also insists that she repeatedly warned her parents that she was prepared to do anything to get out of the marriage, but her pleas were rejected.

Aasia was married to a relative in September, but just two months later she tried to get out of the marriage by returning to her parent’s home. She was turned away.

According to a UK task force, Pakistan has one of the highest rates of arranged marriages in the world and young brides usually have no way of avoiding a marriage that goes against their will.

Sadly, poisonings appear to be common in the Punjab region where this incident took place. Many of these episodes appear to be related to doomed or unhappy marriages.

Recently, Pakistan has taken steps to strengthen laws that discourage underage brides and forced marriages. However, in practice, tribal councils and local customs often trump national laws. As a result, brides as young as 10 are often forced to marry much older men for economic reasons.