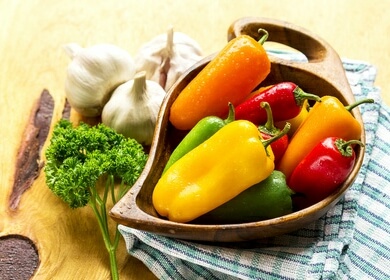 Inflammation is at the root of a wide array of health issues, and may fester in the body unnoticed for years. Inflammation is a necessary initial immune response, however, if it is allowed to continue beyond its short-term protective function, inflammation can be devastating.

The word ‘inflammation’ comes from the Latin word inflammare, which means to set on fire. When the body detects an injury or a foreign invader, white blood cells rush to the scene of the damage, causing swelling, heat, redness and pain. It also interferes with the normal functioning of the organs involved in the inflamed areas. Dr. Sangeeta Pati calls inflammation ‘the silent killer,’ and the term is apt.

When inflammation does not recede after an injury is healed, or after a foreign invader, such as bacteria, is expelled, a number of ailments can be set into motion. These include allergies, Alzheimer’s, anemia, arthritis, fibromyalgia, kidney failure, pancreatitis, eczema, heart attack, stroke, irritable bowel syndrome and a variety of cancers, to name only a few.

According to Dr. Barry Sears, author of The Zone, which details ways to control the body’s hormonal responses through proper diet, persistent inflammation may be the root cause of insulin resistance, which in turn leads to diabetes.

He also states that telltale signs of underlying inflammation include being overweight, being on cholesterol medication, taking birth control pills, awakening groggy, always craving carbs, having brittle fingernails, or always being tired.

Whether you are suffering from the above-mentioned conditions or not, it is important to keep inflammation in check, ideally before it becomes severe and leads to health problems. A whole, organic diet, staying away from toxins and lowering your stress levels are key ways to keep inflammation down.

An anti-inflammatory diet is high in superfoods, such as coconut oil, hemp and bee pollen, and organic, plant-based proteins, for example, salba seeds. Include a wide variety of organic vegetables, with the more colors of vegetables on your plate the better.

Eating as many of your veggies raw as possible has a beneficial, cooling effect on the body. Raw veggies also provide necessary fiber to help cleanse you of toxic build-up. Leafy greens such as organic kale, and cruciferous veggies, such as brussels sprouts, are also recommended.

Nuts and seeds, including flax seeds, are excellent meal additions, as well as oily fish such as wild-caught salmon and mackerel. Flax seeds and oily fish are high in omega-3 fatty acids, which combat inflammation. Be sure to avoid all processed foods, as well as fried and overcooked foods, as these promote inflammation in the body. Microwaved foods are also to be avoided whenever possible. 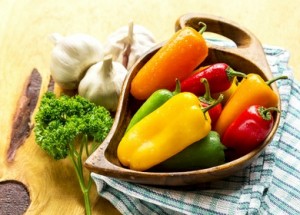 Keep your body well-hydrated by drinking lots of purified water throughout the day; about half of your body weight in ounces is a good approximate volume. A well-hydrated body is able to eliminate toxins optimally. Make half an hour to an hour of moderate exercise part of your day to really give your anti-inflammatory diet some support.

High levels of stress can feed inflammation. To control your stress, try meditation, yoga, writing in a journal, or talking to a good friend when things get overwhelming. Regular exercise can also help in reducing your stress.

Don’t let inflammation sneak up on you – it is in your power to take control.