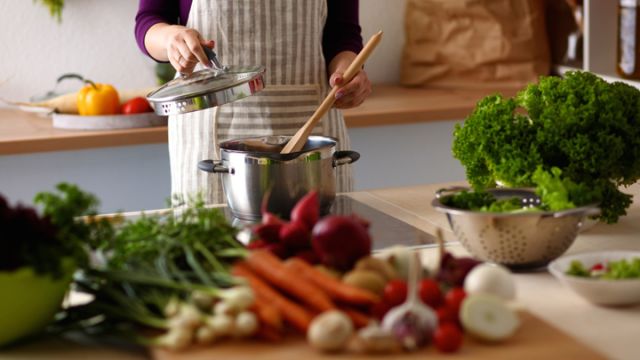 Work more, eat less and free your body is the concept behind a beverage company led by the Silicon Valley startup Soylent. The company’s goal: Create a more efficient society by eliminating the need to prepare, cook and eat food.

I’ll admit, thinking, preparing and cooking a meal can be a taxing day-to-day chore. I imagine it feels the same for a lot of people, which is why fast food is so popular. But when it comes to eating, that’s where I draw the line. While I’m all in favor of being more productive, I’m not in favor of eliminating food and replacing it with liquid nourishment to get there.

Nevertheless, innovators such as Rob Rhinehart, the CEO of Soylent, seem to think there’s a real problem facing society — too much money spent on food, not enough food to go around, and too much time preparing it, which in turn makes us less productive.

Truth is stranger than fiction

If you think this sounds a little too much like the science fiction classic Soylent Green, you wouldn’t be wrong. The similarity is a little too coincidental. The 1973 cult classic takes place in the year 2022. The earth is overpopulated, polluted, natural resources have been exhausted and nourishment is now provided by Soylent Industries.

Rhinehart eerily conveys that same ideology, stressing the need for man-made nutrition over real whole food. Soylent itself is an off-putting slurry of vitamins, minerals, protein, and carbohydrates that Rhinehart concocted in his kitchen, according to Gawker. Rhinehart believes Soylent is the future of food.

Are there benefits to not eating?

Rhinehart, who started testing Soylent on himself, believes there are real benefits to eliminating food from everyday life. In an interview with Time, Rhinehart stated that he believes current is inconvenient.

“I think people’s relationship with food would be a lot healthier if it was more of an option. People should be working on their education and their career and their passion,” Rhinehart says. Besides a few meals on the weekend, Rhinehart lives only on Soylent, he told Time.

I don’t buy it

Meal replacements have been around for years, so the concept isn’t so new. But replacing every meal with a dubious, off-white, opaque slurry is a little too sci-fi for me. We’re not robots who need occasional fueling, we’re living, breathing humans who enjoy food — albeit some of us a little too much.

I’d still rather bite into a crisp, organic, GMO-free apple than gulp down a glass of Soylent. Sorry, I don’t, and wouldn’t buy it. Would you?