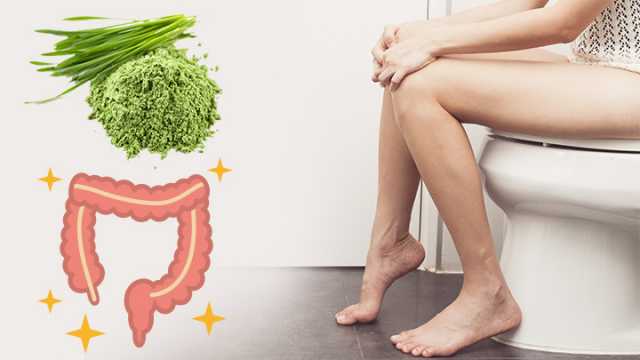 Wheatgrass has several health benefits including an amazing nutrient profile and incredible detoxification properties. But often digestion can be sluggish, which means it’s highly unlikely you’ll benefit from everything wheatgrass can offer. So, having a colonic provides another quicker and more efficient way to reap the many benefits of wheatgrass.

What exactly is a colonic?

If you’ve ever had a colonoscopy, then you may be familiar with colonics. Colon cleansing is normally used to prepare for medical procedures. However, some alternative medicine practitioners might offer colon cleansing for other reasons, such as detoxification. During a colon cleanse, large amounts of water are flushed through the colon, along with other ingredients, such as herbs, teas, juice or coffee. This takes place with a tube that’s inserted into the rectum. In some cases, and depending on the colonic, smaller amounts of water along with other substances are left in the colon for about 30 minutes before being removed.

Colonics remove waste, feces and toxins from the colon

Advocates of colon cleansing believe that toxins from your gastrointestinal tract can cause a variety of health problems like asthma, arthritis and allergies. They believe that colon cleansing not only improves health by removing toxins, but also boosts energy and enhances the immune system. Generally, those who choose to have colonics do it for the following reasons:

Benefits of a wheat grass colonic

Wheatgrass is a humble weed that has a wide variety of health benefits for the body due to high concentrations of chlorophyll, active enzymes, vitamins and other nutrients. According to Israeli research on wheatgrass, lab studies suggest that it may have anticancer potential. In animal experiments, wheatgrass demonstrated possible benefits in cancer prevention and as an aid to cancer treatment — particularly chemotherapy. In clinical trials wheatgrass was found to improve chemotherapy and decrease chemotherapy-related side effects.

Wheatgrass has also been found to support the immune system and help repair damaged cells. It’s also shown promise for conditions such as:

Wheatgrass colonics cleanse and nourish the colon, according to digestive wellness center Vitallife. And effects are felt almost immediately. This is attributed to wheatgrass’s dense nutrient profile, which contains over 90 minerals, and the high absorption rate of the colon. Both factors allow for easy and fast entry into the bloodstream.

Once the wheatgrass is juiced, the liquid is inserted into the rectum where it is retained in the bowels for approximately 30 minutes. Purported benefits include:

According to the American Journal of Surgery, early research suggests that the chlorophyll content in wheatgrass repairs damaged skin. Because of its ability to detox, wheatgrass is thought to improve skin conditions such as acne, eczema and psoriasis. Apparently, it also has the ability to improve external and internal scarring. Additionally, the vitamin A in wheatgrass enhances the skin luster and provides a glowing complexion.

Due to its high levels of magnesium, wheatgrass helps to prevent constipation. Magnesium supports muscle function and good bowel health.

According to research published in the International Journal of Chemical Studies, wheatgrass — because of it’s high concentration of chlorophyll — is considered a “green blood” of sorts. And because of its close structural similarity to hemoglobin, chlorophyll (known as the “lifeblood” of the plant) improves blood building while minimizing symptoms of anemia. It also decreases uric acid in blood, according to a study on wheatgrass. An increase of uric acid in the blood causes complications, such as swelling of the body, digestion trouble and insomnia.

Wheatgrass juice provides an abundance of energy, suggests a study published in Food Science and Quality Management. It energizes the body by fulfilling nutritional deficiencies and removing waste that clogs your cells, blood, tissues and organs.

Wheatgrass has possibly one of the most impressive nutrient profiles. It contains over 90 minerals, the antioxidants of vitamins A, C, and E and 17 amino acids. Wheatgrass is also rich in protein and iron. Additionally, it contains enzymes necessary for digestion, building a healthy body and counteracting premature aging.

Wheatgrass has an alkalizing effect on the body. So, if the internal state of the body is too acidic, wheatgrass can alter that state and bring it back on track. In fact, wheatgrass has been referred to as “the king” of alkalizing food. Wheatgrass is also helpful for dyspepsia or reflux disease.

Colonics, also known as colon hydrotherapy or colonic irrigation, is a type of alternative procedure that currently doesn’t have a lot of backing from medical experts. It’s practiced more by naturopaths, and therefore is considered natural medicine. So, if you choose to have a colonic, Mayo Clinic suggests that you take these precautions: