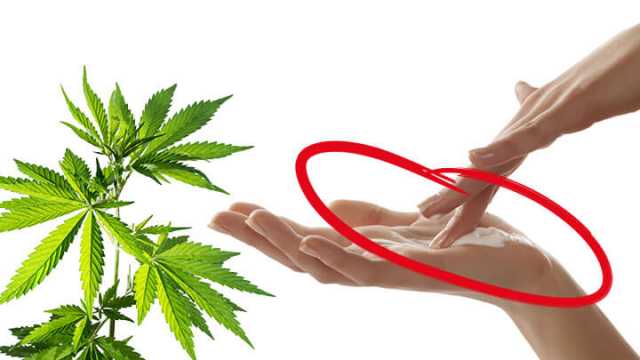 Recreational drugs for your lady parts? Is that really a thing? One Californian company certainly thinks so. Recently, the Aphrodite Group created a stir in the online alternative community by creating a line of products under the name of “Foria.” So what do those products do? Why, they get your vagina stoned, of course.

Check out Foria’s website and you’ll learn that this new line of pioneering products is a “cannabis-infused sexual enhancement oil.” That’s with regards to the range of “Foria Pleasure” products, anyway.

It’s pretty crazy-sounding stuff. So, how the heck does it work?

How to use Foria cannabis lubricant

The range of Foria Pleasure products all come in handy spray bottles. Presumably, the coconut oil is a fractionated version, meaning it remains in liquid form no matter what the temperature. This oil contains a certain percentage of infused THC, the main psychoactive component of cannabis.

Here’s what the “official” Foria guidelines stipulate for maximizing this curious sexual product:

1. Apply four to eight sprays directly onto the vagina. Internal application provides the highest absorption. As everyone’s relationship to THC is unique, we encourage you to experiment to find what strength is just right for your body.

2. Wait up to 15 minutes for “full activation.” The company suggests employing foreplay and sensual massage to while away the minutes.

Not the most detailed of instructions, but you get the idea. Spray it onto (and into) your lady parts, and wait for the magic to happen. However, there are a few things which you probably need to know before spraying this stuff willy-nilly and expecting your world to be turned inside out:

According to Foria’s creator, Matthew Gerson, women respond to their line of cannabis lubricant in a variety of different ways. Some became considerably stoned after spraying the product into their mouths. Yet, they found no effect at all from applying it to their vagina. Others might not get stoned from applying it orally, but they have a blast when they use it in a sexual propensity. As individuals, it’s hard to say how Foria might be received by our bodies.

Enter, the willing guinea pigs. Unsurprisingly, alternative bloggers and marijuana aficionados have been quick to jump all over the topic of marijuana lubricant. Many have written about their experiences, and here’s just a sample of how they’ve responded to Foria Pleasure:

Alternative health and culture blog Merry Jane notes that “marijuana lubricant won’t get you ‘high’ in the way you may be used to if you’ve smoked or eaten cannabis before. It doesn’t have the same psychoactive effects because it isn’t quickly processed by your liver and doesn’t absorb into your bloodstream as readily as it would if you’d ingested or inhaled it.” The writer goes on to explain that Foria users may experience a tingling or warming sensation at first. Then, your muscles will become more relaxed and the tissues of your genitals will become more sensitive.

Mish Way from Vice Magazine got a bit crazy with her samples of Foria Pleasure. First, she sprayed it in her mouth, finding that it provided a “really mellow, relaxed feeling.” Next, she began using Foria down below, and found that it dramatically enhanced her sexual experiences with her significant other. “Sex was intense. I noticed certain things felt different and orgasms were longer, way crazier and felt enhanced.”

Interesting stuff. It seems like, if you want to pizazz up your sex life a little, or are simply keen on trying out new experiences, Foria might just be an interesting product to try out. Just make sure you don’t exceed the recommended dosages. Who knows what might happen if you spray too much THC on your vajayjay…

Can men also use it?

From what I’ve read, not really. Sure, they may get a slight tingle or an experience worthy of an eyebrow raise, but it probably isn’t worth it, considering this stuff goes for $98 a bottle. As Merry Jane magazine writes, “Men usually report less sensitivity when using cannabis lube. One reader even said that the lubricant was great for prolonging performance. However, many men have noted that the sexual experience is so much better because their ladies seem to be enjoying it so much.”

As we’ve discussed in other marijuana-related articles, one of the biggest barriers to fully utilizing the wide range of benefits this powerful herb can provide is dosage. If you don’t get the amount of marijuana right, whether smoking, eating or applying topically, you can either have an excessively intense experience or essentially no experience at all.

The beauty of Foria is that it has been extensively tested on a wide range of females between the ages of 21 and 71, allowing them to formulate the most generically acceptable dosage to ensure you get the most from your lube. And if the dosage doesn’t work out, you can either use one spray less or one spray more — it’s easy to experiment.

Another benefit is that this product doesn’t appear to contain any nasty chemicals. Even your average Durex lubricant contains all manner of harmful compounds that can absorb into your bloodstream and accumulate within your sexual organs, which is something you definitely want to avoid. Foria is toxin free, consisting of pure THC and simple, unrefined coconut oil. I like that.

Cannabis lube can also be therapeutic

The same company that produced the world’s first pleasure-enhancing marijuana lubricant also offers a range of therapeutic lubricants. According to their website, “Foria Relief is a vaginal suppository specially formulated to ease symptoms often associated with the menstrual cycle, such as pain and cramps.”

Foria Relief works by utilizing both THC and cannabidiol (CBD), the two main active compounds found in cannabis. While THC is the quintessential “high-inducing” part of marijuana, CBD has long been used as a powerful healing agent. It’s also a means of treating anything from cancer to anxiety. These compounds can provide some serious positive therapeutic results on both the body and mind.

The makers of Foria Relief state that the THC and CBD contained within the suppository work to activate certain cannabinoid receptors. These are specifically located within the pelvic region. This can result in a reduction in pain and discomfort that often comes along with menstruation.

Scientific research backs up the claims

The scientific literature seems to back up these claims. According to a 2006 study published in the Journal of Pharmacological Reviews, using cannabinoids to activate specific receptors within the body holds “therapeutic promise in a wide range of disparate diseases and pathological conditions, ranging from mood and anxiety disorders, movement disorders such as Parkinson’s and Huntington’s disease, neuropathic pain, multiple sclerosis and spinal cord injury, to cancer, atherosclerosis, myocardial infarction, stroke, hypertension, glaucoma, obesity/metabolic syndrome, and osteoporosis, to name just a few.”

Similarly, a 2010 study found that CBD and THC in combination are an effective way to for cancer patients to find pain relief when the usual opiate-based painkillers don’t do the trick. Obviously, there’s some substance to Foria’s claims.

When push comes to shove, Foria’s new line of products has opened a whole new world of possibility. The powerful therapeutic and psychoactive abilities of cannabis have long been proven. So, why not apply them to the realm of sex?

Would you try cannabis lubricant? Or would you have good reason not to? Let us in on your thoughts!