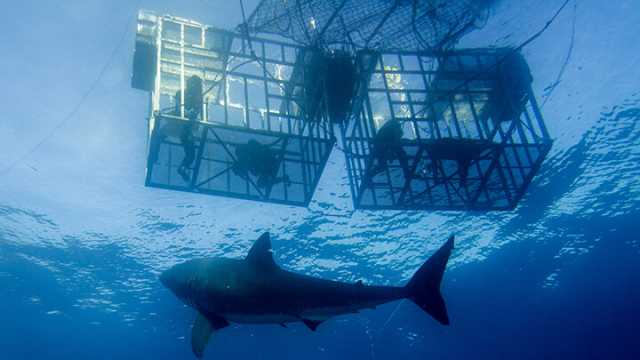 One brave conservationist recently died at sea while trying to save sharks — but his mission won’t be lost. Here are some of the reasons sharks are worth saving, how shark populations positively impact humans and how you can take steps to help them.

Recently, filmmaker Rob Stewart died while diving in Florida. He was there filming scenes for the follow-up to 2006’s “Sharkwater,” a film that changed the way many approach shark conservation. Stewart and his crew were deep wreck diving by the sunken Queen of Nassau, when a fellow diver blacked out upon resurfacing. Stewart had also resurfaced. But, while the rest of the crew was helping the other diver, he simply disappeared back under water. His body was found three days later at a depth of 220 feet. He was 37.

To pay tribute to Rob Stewart’s contributions to shark conservation and environmental causes, it feels appropriate to shine a spotlight on the issues he was dedicated to.

The follow-up to Sharkwater is said to be an investigation into the 80 million undocumented sharks which are killed every year. Estimates are that approximately 150 million sharks are killed annually — estimates range from 100 to 200 million. But, only 70 million are documented. Who is killing the remaining 80 million sharks and for what purpose?

Why shouldn’t we kill sharks?

Shark conservationists will often point to statistics which state you are more likely to get struck by lightning than killed by a shark. And while technically this might be true, the thought of your life’s final moments being eaten alive is terrifying. Our fear has prevented sharks from receiving the same levels of protection we have granted to other species. That is the point conservationists wish to stress.

In the days before humans developed an understanding of ecological balance, killing a shark was a good thing. One less shark in the ocean meant it was a safer place for us good human folk. If a shark attack occurred on a beach, there would be countless boats hitting the water that day trying to hunt down the shark. Everyone would think they were awesome for doing it. But thanks to the work of people like Stewart, there is a growing awareness of the role sharks play in the ecosystem. A role humans depend on.

Sharks have an important role in marine ecosystems

Sharks are an apex predator. As such, they play a key role in maintaining ecological balance. For instance, in some areas, the decline in tiger sharks has resulted in sea turtles being free to overgraze on seagrass without their main predator around. The decline in seagrass means a reduction in the amount of carbon dioxide it is able to store. In other areas, a decline in sharks can mean an overabundance of herbivorous fish, which then overfeed on other sea plants. This reduces their ability to provide oxygen via photosynthesis and serve as a carbon sink.

If we lose the sharks, we lose a key ally in combating climate change and creating a healthy atmosphere for all of us. That is why when there is a shark attack nowadays, it is no longer acceptable to organize a shark hunt afterward.

Despite the work from Stewart and others involved in the first Sharkwater movie, sharks are still killed regularly for their fins. Shark fin soup, considered a delicacy in China, is made with actual shark fins. The fins have the skin removed and are bleached for aesthetic purposes.

Hunters catch the sharks, remove their fins and throw them back in the water. Without their fins, sharks simply sink to the ocean floor and die. Experts think that as many as 100 million sharks are killed annually for this purpose. Sharks are slow to reproduce, leaving their populations vulnerable to such changes. If we don’t stop shark finning, we don’t save the sharks.

As a result of the large impact shark-finning has on shark populations, shark fin soup is banned in many places across the globe. Much credit for that also goes to the work of Stewart and the Sharkwater team. In the U.S, shark fin soup is currently banned in California, Delaware, Hawaii, Illinois, Maryland, Massachusetts, New York, Oregon, Texas and Washington. However, it’s legal in the other 40 states.

Sharks are also killed for their livers, which contain large amounts of squalene, a compound commonly found in cosmetic products. While the popularity of shark fin soup may be decreasing, all signs point to the squalene industry growing. It is currently estimated that three million sharks die per year for this purpose.

Only a few sharks, namely the spiny dogfish and porbeagle, are hunted for their meat. Many sharks are also the victims of bycatch from fishers.

Here is how to help save sharks:

The Animal Welfare Institute can use your help gathering information on where shark fin soup is being sold across the United States. They are looking for restaurants serving it in any of the 10 states where it is banned, in addition to where it is sold legally. Their map lists where shark fin soup is currently being served. Shark conservation groups are also encouraging concerned individuals to write to their state legislators requesting that shark fin soup be banned in their state (if it isn’t already).

2. Avoid cosmetics with ‘squalene’ in them

Avoid cosmetic products which use squalene derived from sharks, such as moisturizer, lipstick, sunscreen and eye makeup. Some cosmetic companies are now using squalene derived from plants. But, there is some haziness surrounding the suppliers of many of those companies. Unfortunately, if a cosmetic product lists “squalene” as an ingredient, you’re going to have to do some investigative work to find out if it comes from sharks or not.

The video below, and the bubbly host, can provide some assistance:

You can stay up to date with the work being done by the Sharkwater team by taking their pledge to save sharks. The team is also accepting donations as well.

Additionally, you can help support the World Wildlife Fund’s efforts to save shark populations by purchasing a symbolic whale shark adoption for yourself, a friend or family member. Donors get a plush whale shark toy. The money raised goes to help their efforts to reduce the impact of bycatch and illegal fishing on shark populations.

You can also increase awareness of the threats to shark populations by sharing this article through your social media channels.