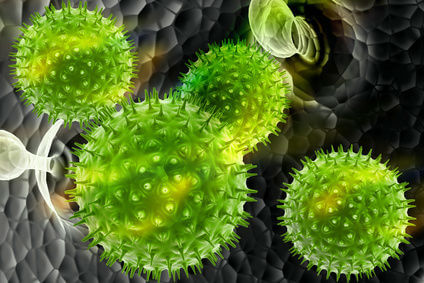 Living in America avails us certain luxuries. Among these are clean water, food, knowledge, education and access to infection-fighting medicines. How can it be that we have such luxuries yet we are a nation with so many crippling health burdens? How do 23,000 people die each year from infections that cannot be treated with the medicine we have come to rely on? Perhaps because we have become too reliant on them? This is one school of thought.

The Centers for Disease Control and Prevention (CDC) has just released a shocking report which paint a pretty scary picture of the rising rate of antibiotic resistant illnesses in our country. In fact, over 2 million people in America suffer from infections that do not respond to antibiotics. Some recover, some do not.

According to CDC Director Tom Frieden, “Antibiotic resistance is rising for many different pathogens that are threats to health. If we don’t act now, our medicine cabinet will be empty and we won’t have the antibiotics we need to save lives.”

In the CDC report entitled “Antibiotic Resistance Threats in the United States, 2013,” we get an up close look at what happens when germs begin to rule over us – almost as if they know we are defenseless.

What is Antibiotic Resistance?

Antibiotic resistance is, according to the CDC, a leading world health problem. Doctors first began to notice resistance problems almost a decade ago when kids with middle-ear infections stopped responding to the drugs they were being given. Penicillin has also become less effective over time, in addition to a new strain of staph bacteria that does not respond to antibiotics at all.

So, what exactly causes an antibiotic to become resistant? One reason has to do with the fact that people are taking antibiotics for viruses, which is utterly ineffective. Antibiotics are meant to fight bacteria, not viruses, and this means they are not going to help you if you have a sore throat (not from strep), bronchitis, runny nose or the flu. Physicians who just arbitrarily prescribe antibiotics without first confirming an infection are contributing to the resistance problem.

According to the CDC, more than 10 million courses of antibiotics, or over 50% of all prescribed, are given each year for non-infectious conditions and poor antibiotic stewardship is the single most important factor that leads to antibiotic resistance.
In addition, if you have been given a course of antibiotics and do not finish it, you leave room for leftover bacteria in your system to become resistant to future antibiotic use.

It is not just human use of antibiotics that are contributing to the resistance problem. The industrialized meat and poultry industry uses antibiotics to promote growth and ward off disease due to unsanitary living conditions. Over 70% of antibiotics are used as food additives and are given to healthy animals.

These antibiotics make their way into local water supplies via animal excrement and also into the food chain. It should be noted that both agribusiness leaders and the pharmaceutical industry are fighting vehemently against any measures to control antibiotic use in agriculture at this time.
The Cost is Far Greater Than We Know

No matter how many medical advances we make, they will be undermined if we do not have an affective way to treat infectious complications that may arise from patients who receive organ transplants, cancer treatment, rheumatoid arthritis treatment, or hip replacements.

Human life is not only threatened by antibiotic infections but dealing with such a dilemma puts tremendous pressure on our already overburdened healthcare system. In fact, it has been estimated that the problems with antibiotic resistance add an additional $20 billion to direct healthcare costs in our country and up to $35 billion in lost productivity.

The latest report recommends four actions to fight against antibiotic resistance. These include more attention to prevention of both infections and resistance, better resistance tracking patterns, better antibiotic stewardship and the development of new antibiotics and diagnostic tests.

Everyone can do their part. Keeping your gut healthy will boost your immune system making you far less susceptible to bacterial infections. Find out 5 Easy Ways to Make Sure You Are Not “SECRETLY” Eating Antibiotics in this Free Report.

“Every time antibiotics are used in any setting, bacteria evolve by developing resistance. This process can happen with alarming speed. These drugs are a precious, limited resource—the more we use antibiotics today, the less likely we are to have effective antibiotics tomorrow.” – Steve Solomon, M.D. Director of CDC’s Antimicrobial Resistance Department