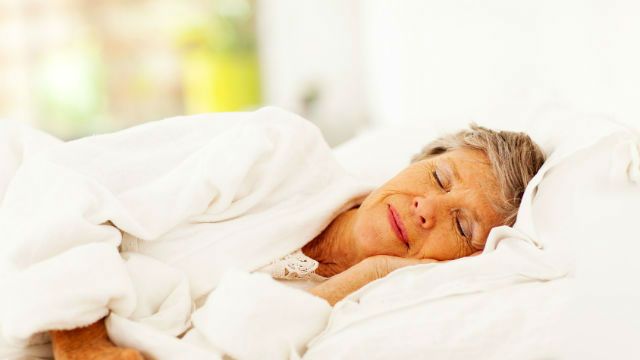 A new study performed at the University of Alabama in Tuscaloosa found that having an established daily routine meant better sleep quality for most adults. However, it also found that for individuals over 60, those who did not stick to a schedule seemed to sleep more soundly.

Psychologist Natalie Dautovich, who led the study, says, “for the majority of sleep outcomes, we found that completing activities at a regular time better predicted sleep outcomes than the actual time of day that activities were completed. For example, people reported better sleep quality and fewer awakenings at night when they were consistent in the time they first went outside.”

One thing that may contribute to these findings is that younger adults often have children. The American Academy of Pediatrics states, “every family needs routines. They help to organize life and keep it from becoming too chaotic.”

“Children do best when routines are regular, predictable, and consistent. One of a family’s greatest challenges is to establish comfortable, effective routines, which should achieve a happy compromise between the disorder and confusion that can occur without them and the rigidity and boredom that can come with too much structure.”

It follows that if children are not on an effective routine, and are up at strange hours of the night, or are stressed, the parents will likely also be stressed, and not sleep very well. However, this was not taken into account in this study, so there may have been other factors influencing the finding that adults 18 to 30 exhibited more positive sleep patterns when they had routines.

The study’s findings for the individuals between the ages of 60 and 95 were interesting, as they showed that inconsistent schedules, or lack of routine, sometimes meant better quality of sleep. Those that started work at different times, or did chores around their homes with no set schedule, tended to fall asleep faster than those who were more regimented. Those who had varying dinner hours were found to sleep for longer.

On these findings, Dautovich comments that it is currently unclear whether older individuals who had more variety in their schedules were previously more socially active and were in better states of health, or if the variety itself led to a more active lifestyle and better sleep. She and her research team state that more studies are needed to explore the routine-sleep connection in both age groups.

Proper sleep is absolutely essential to good health – physical, mental and emotional. For many people, especially those with children, sticking to a regular routine may result in an extra hour or two of sleep per night, and may even improve sleep quality overall. For older individuals, perhaps they’ve had a bit too much routine throughout their lives, and their optimal health demands something a little bit different!

You may have to experiment a bit with routines (or lack thereof) to find what works best for you. Whatever you choose to do, however, never underestimate the healing power of a good night’s sleep!