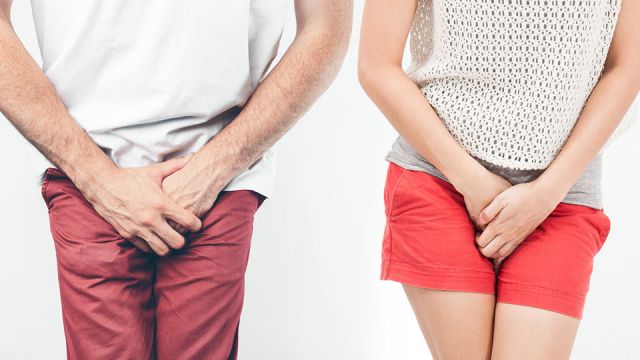 Male circumcision can reduce the risk of passing some sexually transmitted infections to partners, according to a new study.

Published in The Lancet, the study found that male circumcision is associated with reduced risk for women of HIV, chlamydia, syphilis and herpes simplex virus type 2. The latter is the main cause of genital herpes. It also found signs circumcision could be linked to reduced risk of human papillomavirus, along with cervical cancer and cervical dysplasia.

In other words, if you’re a guy who’s been circumcised, you might be less likely to give your partners gross diseases.

“If that counseling includes encouraging male partners to get circumcised and referring interested men to these services, it can improve women’s health programs and HIV prevention programs simultaneously,” he explained.

In particular, Grund and other researchers pointed out the new data could be particularly useful in sub-Saharan Africa, where two of the top killers of women are tuberculosis and cervical cancer — two diseases that circumcision could slow the spread of.

“Scale-up of male circumcision in sub-Saharan Africa has public health implications for several outcomes in women. Evidence that female partners are at decreased risk of several diseases is highly consistent,” researchers concluded.

The study itself was a review of 60 separate publications looking into the link between circumcision and the transmission of STIs. It was carried out by researchers from the U.S. Centers for Disease Control and Prevention, the Johns Hopkins Bloomberg School of Public Health and the Hopkins-linked Jhpiego organization.

However, the study did have a few limitations. For one, it only looked at studies published in English, and the data was limited to heterosexual partners.

Nonetheless, the new research lines up with an already growing consensus that circumcision can have some unexpected health benefits. According to the World Health Organization (WHO), “Medical male circumcision reduces the risk of female-to-male sexual transmission of HIV by approximately 60 percent.”

“Since 2007, WHO and UNAIDS have recommended voluntary medical male circumcision as an additional important strategy for HIV prevention, particularly in settings with high HIV prevalence and low levels of male circumcision, where the public health benefits will be maximized,” the WHO has stated.

So far, 14 African nations have already begun programs aimed at promoting voluntary circumcision, and the WHO says they’re working. “Medical male circumcision offers excellent value for money in such settings. It saves costs by averting new HIV infections and reducing the number of people needing HIV treatment and care,” the WHO has stated.

Around 15 million men and boys have participated in these circumcision drives so far. In fact, circumcision is such a cheap and easy way to reduce STIs that the WHO has even called for the practice to be considered as essential as promoting condom use.

According to the WHO, “It should always be considered as part of a comprehensive HIV prevention package of services and be used in conjunction with other methods of prevention, such as female and male condoms.”

Somewhere between 37 and 39 percent of the world’s men are circumcised, mostly for religious or cultural reasons. Along with being one of the most common medical procedures globally, it also might be among the oldest. The practice probably predates recorded history.

“I’m a med student and I know that #circumcision have various health benefits,and it doesnt affect fertility nor sexual performance” #i2

“#Circumcision is taking your son’s health seriously and giving him every available benefit.” #i2

Here is what the critics say

However, circumcision isn’t without its critics. Opponents argue the practice is cruel and painful, and claim the health benefits are either exaggerated or non-existent. “Circumcision results in not only severe pain but also an increased risk of choking and difficulty breathing,” pediatrician Robert Van Howe claimed, according to anti-circumcision website circumcision.org.

He continued, “Medical studies show significant increases in heart rate and level of blood stress hormone. Some infants do not cry because they go into shock from the overwhelming pain of the surgery.”

No medical association in the world recommends infant circumcision due to absence of health benefits.

3/ Infant male circumcision should be outlawed, except in cases of credible threat to life or longterm health.

Studies have indeed shown circumcision hurts like crazy, including for babies, though anesthesia can reduce this. There are also a plethora of possible complications ranging from infection immediately after the procedure to rare horror stories like ingrown penises.

So what do you think? Is circumcision worth it? Let us know your take in the comments below.