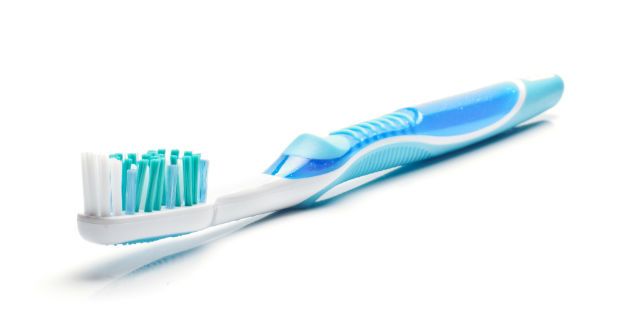 When it comes to toothbrushes, it seems that some types are significantly safer than others in terms of bacterial growth.

For the study, participants were asked to brush twice a day with a randomly assigned power toothbrush for three weeks. They were asked to use a regular, non-antibiotic toothpaste, and to carry on the rest of their dental routine as normal – but to not use mouthwash.

The types of microbes that the brush heads were exposed to included yeast, mold, oral streptococci, anaerobes, facultative microorganisms and oral enterococci anaerobes, including Fusobacterium and Porphyromonas gingivalis.

According to the study’s lead author, Donna Warren Morris, “we do know and there are studies that have linked Fusobacterium to colorectal cancer. Some of these other bacteria have been linked with cardiovascular disease.

There is a high association with gum disease and cardiovascular disease. Researchers have been able to culture the same bacteria around the heart that causes gum disease.”

Morris adds, “the best way to identify a solid-head design is through the connection to the body of the power toothbrush. Naturally, there will be some space to connect the two parts but a significant portion will be solid, up to the bristles or brush head.” She also recommends disinfecting your toothbrush, and allowing to dry after use.

While this study tested power toothbrushes, logic follows that any type of toothbrush with hollow parts in the head could trap more bacteria, mold and other microorganisms than a solid head. The more solid the toothbrush, the less places germs have to hide inside.

No matter what type of toothbrush you have, you can soak the brush head (or the entire brush in the case of standard, non-power toothbrushes) in hydrogen peroxide periodically – just make sure you rinse it thoroughly afterwards. Boiling water poured over the brush head can also do the trick.

Speaking of safe mouth care, there is good reason to re-examine your toothpaste, as well. Most conventional types contain fluoride, which has been linked to some potentially dangerous side effects. Instead, either choose a natural, fluoride-free variety, or better yet, make your own  – it’s easy!

In addition to brushing with a non-toxic toothbrush, you can do this 1 Weird Trick with Coconut Oil. (do this every morning).
-The Alternative Daily