Surviving cancer should mean just that – overcoming it and going on to lead a healthy, cancer-free life.

However, the standard measure of a cancer treatment’s success is measured by a five-year survival rate system; the number of patients still alive five years after initial diagnosis.

This is hardly an adequate measure of ‘survival.’ Furthermore, according to a study performed by Dr. H. Gilbert Welch and published in the Journal of the American Medical Association (JAMA) in 2000, the five year survival rate system may be misleading.

Dr. Welch and his colleagues found that the reported increase in survival rates only indicates that cancers are being diagnosed earlier, not that modern treatments are any more effective. The study analyzed the 20 main types of cancer, and their corresponding five-year survival rates between 1955 and 1995.

The statistics uncovered that despite the apparently higher ‘survival rates,’ more people were actually getting cancer, and dying from it. In the example of prostate cancer, the five-year survival rate was 93 percent in 1995, much higher than the 43 percent reported in 1955. However, the mortality rate from prostate cancer went up by 10 percent in the 50 years surveyed.

Prescription drug companies that make and market cancer treatment pharmaceuticals collect huge profits if they can extend a cancer patient’s lifespan by only five years. The way that five-year survival rates are advertised by the media blinds people into thinking that the drug worked, and is worth investing in. However, just under the surface hype, this system of calculating cancer survival is weak, flawed and incomplete.

For those of us lucky enough to not be afflicted with cancer, we need to do all we can to prevent its onslaught. For the great majority of people, this means a change in lifestyle.

Huge amounts of studies have been performed linking fast food items and processed groceries with multiple cancers, yet we keep eating them. Research linking aspartame to tumor development is decades old, yet we continue to drink diet sodas. It is time to break the cycle.

For those who have been diagnosed with cancer, there are other options besides dangerous drugs that destroy healthy cells along with tumor cells, and only aim for providing you an extra five years of life.

With the side effects of chemotherapy and radiation treatments, these five years are likely to be filled with a greater deal of suffering than just the cancer alone would bring.

Every individual with cancer has different needs, but it is worth looking into alternative therapies before making an informed decision. One alternative that is worth noting is Gerson therapy, a holistic approach dedicated to activating the body’s ability to heal itself through targeting the bodily toxicity and nutritional deficits that are often at the core of a disease such as cancer.

The Gerson Institute is based in San Diego, California, and was started by Charlotte Gerson in 1977, to carry on the legacy of her father, Max Gerson, who began addressing cancer and other chronic diseases in the 1920’s through natural methods. 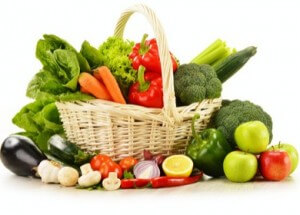 Max Gerson published the results and outcomes of his work in the 1945 Review of Gastroenterology. In this report, he calculated his overall cure rate at 50 percent, and this included all of his patients, not based on a five-year scale. This is especially noteworthy, as 90 to 95 percent of Gerson’s cancer patients were considered terminal.

Whatever cancer prevention or treatment method you choose, make sure the choice is yours, and that you are aware of the facts and options. Do not be fooled by the weak five-year survival rates that Big Pharma is using to sell its drugs.

Your health is in your hands; look beyond surface statistics, ask questions, get informed, and take control.