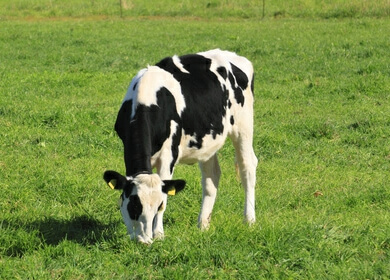 You’re probably familiar with the popular Paleo diet, sometimes referred to as the “Caveman Diet” that follows the pattern of eating that our ancestors ate during pre-civilization times. One of the reasons it seems to work well for some people is that it’s based on grass-fed foods.

Studies have shown that the diet of our paleolithic ancestors may be the ideal guide to proper nutrition for modern humans. Our earliest ancestors were said to have consumed large amounts of grassy foods which were ultimately responsible for revolutionary changes like a larger brain size and upright walking, according to University of Colorado, Boulder anthropologist and lead author of a study on the subject, Matt Sponheimer.

The Industrial Revolution led to the onset of advances in crop manipulation as well as food processing and changes in the practices of raising animals which led to radically reducing the qualitative and quantitative balance of omega-3 fatty acids in our food supply.

Plenty of research has been conducted on soil depletion with the results showing that when livestock are fed a diet based on grains that were grown in nutritionally deficient soil, it does not provide them with the nourishment they need.

When humans eat the meat, milk, cheese, butter or egg products from these animals, they aren’t getting the essential nutrients and minerals required for optimal health either.

What does this mean to you if you’d like to achieve better health?

You don’t need to go out and buy the book on the Paleo diet, but trading that grain-fed beef for grass-fed is essential. Conventionally raised cows spend most of their lives feedin genetically modified corn and other grains, often while confined in a feedlot.

Consider these important effects that grain-fed vs. grass-fed has on your health as well as the health of our environment:

Grass-fed animals do not contain large amounts of antibiotics. Grain-fed animals are kept in close, concentrated conditions that are crowded and unsanitary. They are given antibiotics to prevent infections and promote faster growth. The overuse of antibiotics has become a major public health crisis due to antibiotic-resistant bacteria. 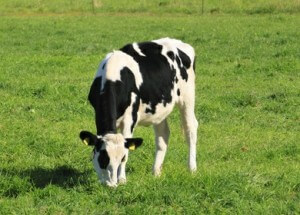 When well-managed, animals raised on pasture instead of in factory farms offer a net benefit to the environment. A diet of grazed grass does not require as much fossil fuel as compared to the grain-fed diet.

Out on the pasture the animals do their own fertilizing, creating a healthy topsoil. When the animals are rotated through various pastures, the native biodiversity is preserved while soil fertility is improved and the waste-management issues associated with animals that are confined are eliminated.

Grass-fed meat is lower in overall fat and contains three-time more omega-3 fatty acids as compared to grain-fed. It is also up to four times higher in Vitamin E, contains as much as ten times more beta carotene and is much higher in CLA (conjugated linoleic acid), an important nutrient linked to a reduced risk of cancer and heart disease that is often lacking in the typical American diet.