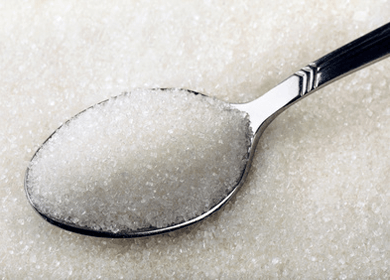 Many Americans have a serious sweet tooth, and some are full-fledged sugar-holics. While most know that consuming large quantities of sugar is detrimental to health, and can form or worsen conditions such as diabetes, obesity and hypertension, new studies illuminate a frightening link between sugar and our nation’s most-feared killer: cancer.

The word ‘sugar’ is used as a blanket term to encompass all simple carbohydrates, including sucrose, fructose and glucose. A study conducted in the Netherlands examined 111 biliary tract cancer patients over four years. Evidence revealed that the risk of additional cancer was greater than double for those with a high intake of sugar. Another study of 21 modern countries concluded that eating sugar presents a significant risk factor for the development of breast cancer, especially in older patients.

The question remains: what is the link between sugar and cancer, and how does it work? To summarize, Colin Goding, Professor of Oncology at the University of Oxford, states in reference to a recent study by the University, “previously we were unsure about how increased blood sugar found in diabetes and obesity could increase cancer risk. This study identifies a key molecular mechanism through which high blood glucose would predispose to cancer. It opens the way for potential novel therapies aimed at reducing cancer risk in the obese and diabetic populations.” In fact, sufferers of diabetes have an almost doubled chance of developing certain cancers, including colon and pancreatic.

A study printed in Molecular Cell found that sugars within the intestine stimulate cells to release a hormone called GIP, which consequently increases insulin release by the pancreas. The protein in charge of this release is called B-catenin, and its processes are controlled exclusively by sugar levels. The researchers who conducted this study discovered that high sugar intake lead to accumulation of B-catenin within cellular nuclei – a strongly established factor in the development of a variety of cancers. Drawing from this breakthrough discovery, Dr. Custodia Garcia asserts, “we are now investigating what other dietary components may influence our cancer risk. Changing diet is one of easiest prevention strategies that can potentially save a lot of suffering and money.”

It is apparent that learning more about the role of sugars in tumor cell growth may become key in the worldwide fight against cancer. From what we know now, it is safe to say that controlling our sugar intake may be paramount in the prevention and treatment of this deadly disease.