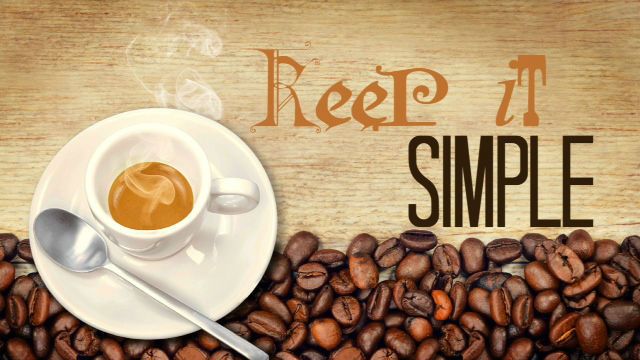 We enjoy a good cup of organic coffee or tea as much as you do. Our previous investigation into the merits of each has revealed no shortage of reasons to include a cup or two in a healthy diet.

Coffee boosts metabolism: Caffeine has a stimulant effect on the central nervous system, which raises metabolism and increases the oxidation of fatty acids. It also mobilizes fatty acids from fat tissues and there is good evidence that it increases athletic performance.

Coffee may reduce the risk of type 2 diabetes: Type 2 diabetes in America is skyrocketing, and now afflicts almost 1 in 8 people. Coffee appears to do a good job regulating blood sugar. Numerous studies demonstrate an association between coffee and a 23 percent to 67 percent lower risk of diabetes.

Coffee improves mood and brain power: Caffeine blocks the effects that the neurotransmitter Adenosine has on the brain. By doing so, the caffeine increases brain activity and the release of neurotransmitters such as dopamine and norepinephrine. Controlled trials have examined the effects that caffeine has on the brain, and have found that it improves mood, reaction time, memory and overall cognitive function.

Coffee improves liver health: Optimal liver function is vital to health. The results of our modern life, such as a poor diet and excessive alcohol consumption, cause the liver to work at less than full speed. Numerous studies have indicated that coffee can lower the risk of cirrhosis by up to 80 percent in people who drink four or more cups of coffee per day. Coffee may also reduce the risk of liver cancer by 40 percent.

Coffee is loaded with nutrients: Coffee beats fruits and vegetables as the best source of antioxidants in the American diet. Many people think that coffee is nothing but black water. Well, you can now tell them that they are wrong. One cup of coffee contains:

Now a word on tea. Although there are many types of tea, each with their own health benefits, we will focus on organic green tea:

Green tea may help you lose belly fat: A study published in the Journal of Nutrition revealed that consuming green tea and participating in three hours of moderate physical activity per week resulted in an acceleration of body fat around the abdomen, as compared to exercise alone.

Green tea may increase your endurance: Green tea can also help to increase endurance so that you’re able to get more out of a workout, increasing the amount of calories burned and ultimately pounds lost. However, you’ll have to consume it on a regular basis, as drinking it just before exercising doesn’t make a significant difference.

Green tea will help keep your gums and teeth healthy: A study published in the Journal of Periodontology found that regular green tea consumption may promote healthy teeth and gums. Green tea helps to interfere with the body’s inflammatory response to periodontal bacteria, warding off further disease.

Periodontal disease is a chronic inflammatory disease that affects the gums and bone supporting the teeth; it’s been associated with the progression of other diseases such as cardiovascular disease and diabetes.

Many health experts believe that healthy gums are essential for a healthy body; green tea’s beneficial effects on healthier teeth and gums are thought to be due to the presence of the antioxidant catechin.

Green tea may lower your risk of cancer: Green tea is well-known for its ability to reduce the risk of many types of cancer, including breast cancer, oral cancer, ovarian cancer, prostate cancer and a wide range of others. In countries like Japan, where green tea consumption is high, cancer rates are lower.

A 2013 study published in the Journal of Nutritional Biochemistry found that green tea extract (called ‘CS’ in the study, for Camellia sinensis) stunted the growth of breast cancer cells, and decreased the spread of these cells to the lungs and liver, in lab and mouse studies.

The authors concluded, “the present study demonstrated that the CS aqueous extract, which closely mimics green tea beverage, has potent antitumor and antimetastasis effects in breast cancer and could protect the bone from breast cancer-induced bone destruction.”

Another 2013 study, published in the journal Carcinogenesis and led by researchers at the University of Wisconsin – Madison, used an isolated version of EGCG, the polyphenol compound in green tea, in mouse studies of prostate cancer, and discovered that the compound led to “significant inhibition of tumor growth.”

With all these amazing properties of both coffee and tea revealed and more being studied daily, it would seem like we couldn’t go wrong. However, just like with any wholesome and nutritious food, too much tampering with coffee or tea can lead to disaster.

Here are three unhealthy coffee or tea habits that should be avoided at all costs:

#1 Adding non- dairy creamers: Non-dairy creamers may contain sodium caseinate, a chemically-altered and extruded form of casein, which in its final form is not even considered a dairy product by the FDA due to the sheer amount of chemicals used.

Powdered non-dairy coffee creamers frequently contain hydrogenated or partially hydrogenated oils, or, as they are more commonly known, trans fats. Some brands contain up to one gram per tablespoon. Hydrogenated oils are created by adding chemicals agents, sometimes metals such as platinum and nickel, to pressurized and already-processed oils to further alter their molecular structure.

There is no safe level of trans fats; they have been strongly linked to heart disease and other illnesses in multiple studies. Health professionals from all practices and philosophies generally agree on trans fats: it’s best to stay far, far away.

Instead of sugar, many non-dairy creamers contain corn syrup or corn syrup solids. Corn syrup solids are produced when corn starch is bathed in hydrochloric acid. For those unfamiliar, hydrochloric acid is an industrial chemical solution with highly corrosive properties that is also used in the manufacturing of plastics. Additionally, the corn itself is often derived from GMO varieties, adding all of the risk factors associated with GMOs to the toxic brew.

If these facts aren’t already scary enough, these imposter creamers often use sodium aluminosilicate as an anti-caking agent. The aluminum in this chemical compound has been linked to cell damage, bone disorders, Alzheimer’s disease and organ damage.

#2 Sugar: Just a spoonful of sugar surely won’t hurt right? Well, that is wrong. Food manufacturers don’t want us to know what really happens to our bodies when we consume sugar. Most of us associate sugar with energy – and rightly so, it provides an immediate source of energy. However, unless you are an elite athlete, which most of us are not, this can be a major problem.

When sugar is consumed, the bonds between glucose and fructose are broken and the fructose goes straight to the liver where it is absorbed. If there is not an immediate need for energy, the fructose is stored as fat. The overconsumption of sugar also causes insulin resistance and completely turns our internal balance upside down.

In addition, every time fructose is processed, hydrogen peroxide is released inside of cells. While hydrogen peroxide on a cut may be a good thing, it spells disaster to our cells. In fact, it kills our cells and accelerates the aging process.

Of course, the health implications of sugar are well documented. Here are just ten reasons why you should avoid it completely:

#3 Using tap water: It may seem innocent enough, however, using unfiltered water to make your coffee or tea can be detrimental to your health and definitely compromises the taste.

According to the Environmental Working Group, water supplies in the United States are contaminated with over 140 chemicals which are not regulated by any safety standards.
When the EWG conducted their own test of water supplies serving 231 million people, they found more than 119 unregulated chemicals. This is not the whole story, either.

If you are on a public water line, it is likely that your household water supply is loaded with chlorine. Chlorination has been around for nearly 100 years. While chlorination eliminated waterborne diseases such as typhoid fever, hepatitis, dysentery and cholera, and is used now to keep bacteria at bay, mounting evidence strongly suggests that there is a downside to this heavily used substance.

In our bodies, chlorine breaks down and is not harmful. However, it is when chlorine reacts with organic materials that are already dissolved in the water, namely toxic disinfection byproducts (DBPs).

The two main DBPs that form when chlorine reacts with organic materials are trihalomethanes (THMs) and haloacetic acids (HAAs). THMs are classified as Cancer Group B carcinogens, and research has shown them to cause cancer in some lab animals.

According to BreastCancerFund.org, “one common factor among women with breast cancer is that they all have 50 to 60 percent higher levels of these chlorination by-products (THMs) in their fat tissue than women without breast cancer…”

According to the United States Council on Environmental Quality, “the cancer risk to people who drink chlorinated water is 93 percent higher than among those whose water does not contain chlorine.”

For thought: What happens when you put a fish in chlorinated water? It dies. This is why fish owners have to use a de-chlorination tablet to keep their fish from sure demise.

Our suggestion is to purchase only high quality, organic coffee and tea, make it with fresh filtered water and stay clear of any dangerous additives. If you need a natural sweetener, try coconut crystals or raw organic stevia.