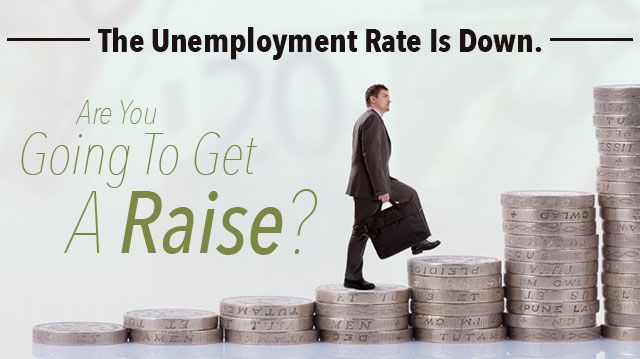 Not only is there good news, the good news is a verified trend. The US unemployment rate has been steadily declining since 2010. It is currently well below five percent. Meanwhile, 5.5 percent is the magic number whereby economists consider the country to be at “full employment.” So what does this mean to you? As employees become a more scarce resource, employers begin to compete financially for their services. A pay raise could be in your future.

We’re already beginning to see it. The Labor Department reported a leap in hourly wages — by 0.5 percent — in January. Even the infamously low-paying Walmart is upping compensation. Though there is plenty to celebrate, it’s not quite time to uncork the champagne. The Wall Street Journal reports that while wages are up, employment growth is down. Still on the rise, but not rising quite as fast. They also caution that the managerial class accounted for much of the wage hike. Luckily, wage increases still mean that so-called slack in our economy — idle labor and capital — is on a downward trajectory.

With less slack we also should expect interest rates — what you pay to borrow money — to continue the gradual increase that began in December. A turbulent stock market and unpredictable global markets, however, have led to a more cautionary approach than expected. Whether the Federal Reserve is committed to increasing rates this year remains to be seen. No one expected rates to rise in January, but if they remain stable through March we will have taken a detour from the original plan. Monetary policy is a tricky beast. If the Fed waits too long to raise interest rates, we may see a quick rise in inflation. If rates are raised too soon, it may hinder the economy’s recovery.

If the raise you’ve been hoping for hasn’t materialized, you should find out why. One of the most common reasons is one of the most easily fixed: You haven’t asked. Sure, employers know that their employees would like a raise. Who wouldn’t like a raise? Many employers, however, are happy to continue with the status quo unless they see that their workers expect and have earned their raise. Meet with your boss. Be sure to bring up the projects you’ve completed, people you’ve managed and skills you’ve mastered since your last pay increase. 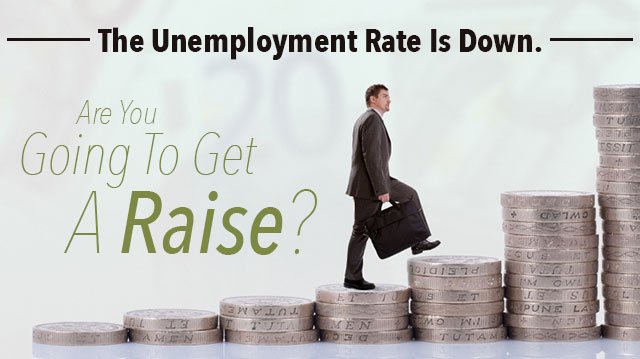 If your employer seems reluctant to grant your request, ask what you can do to increase your odds of a raise in the future. You may find that he or she has been disappointed with specific outcomes. Plotting realistic goals that align with your company’s expectations can help both you and your boss recognize how you can best add value.

Never underestimate the value of non-monetary compensation. Would working from home twice a week increase your quality of life or save you bundles on childcare? Perhaps you’ve been frustrated by your company’s vacation policy or want to bring your dog to work on Fridays? Your employer might cringe at the thought of a raise, but be open-minded to in-house training or funding continuing education you’ve been eyeing. Give some thought to what employment benefits really matter to you. It never hurts to ask, and often employers are more than happy to think outside the box.

Sometimes a monetary raise is truly what you need and it just isn’t in the cards. If this sounds like your predicament, remember that the largest pay increases come from job-hopping, not from waiting on incremental boosts in salary. Many workers had to accept underemployment during the recession and continue to be underpaid. Some are in positions with no room for advancement, and others are just ready for a change. It may be time to dust off your résumé and get back into the job market.