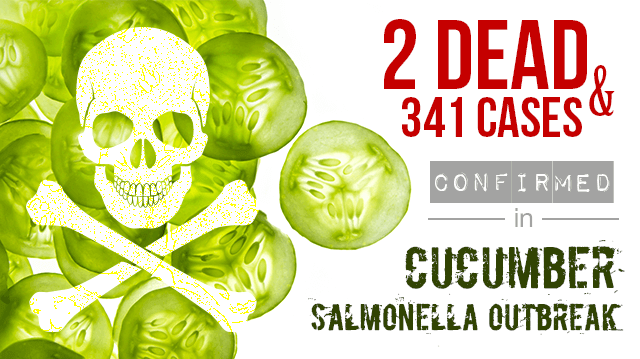 Reeling from another salmonella outbreak, governmental agencies deliver promises they may not be able to keep.

The more recent salmonella outbreak, due to contaminated cucumbers sold in 30 states across America, has brought the Food and Drug Administration (FDA) to finally review food safety regulations in America.

This is excellent news right? The phrase, “better late than never” has become synonymous with food regulation in America. Although the FDA has developed and issued new regulations, they may not come in time to prevent future salmonella outbreaks in the food you eat daily. It may be years before food manufacturers have to comply with these new FDA regulations. Meanwhile, America eats.

The FDA calls the new regulations defined in the Food Safety Modernization Act (FSMA), “One of the most significant steps in decades to prevent foodborne illness.” But it might be too soon to break out the champagne!

While laws are waiting approval and bureaucracy has its hand in the pot, the Centers for Disease Control and Prevention (CDC) continues to rack up the numbers in the ongoing salmonella outbreak.

The CDC has confirmed two deaths, 341 people sick, with 70 people hospitalized as the cucumber recall is still in effect. These are only the CDC confirmed statistics. Research has found that in the event of a foodborne illness outbreak, the numbers may actually be double, related to unreported illnesses, often associated with lack of health care.

The salmonella cucumbers were not only available at supermarkets, they were also sold to restaurant and fast food chains. In-N-Out, Whole Foods, Save Mart, Sam’s Club, The Capital Grill, United Supermarkets, H.E.B., Albertsons, Safeway, Kroger, Olive Garden, Walmart, Costco, Fresh & Easy, and Red Lobster are all listed as places you can find Andrew & Williamson products, according to their website.

The Center for Science in the Public Interest (CSPI) also weighed in on the FDA’s new proposed regulations. It stated in a recent press release, “It has been a long slow slog, but our country has now taken a major step toward creating a truly modern food safety system.”

Although the seeds for these new regulations by the FDA have been carefully planted, they may have problems growing. Congress and its wild use of funding may prevent the FDA from pushing the new regulations forward. Between 2011 and 2015, the FDA requested $580 million to kickstart the new food regulation changes.

However, the FDA has received only $27.5 million over the last fiscal year to support the new bill, according to a report in The New York Times from the Congressional Budget Office.

In actuality, the current salmonella outbreak may have been avoided if Congress and the FDA had reached a funding agreement. Had the FSMA been passed, food imports by manufacturers like Andrew & Williamson Fresh Produce would have been subject to tighter regulations. 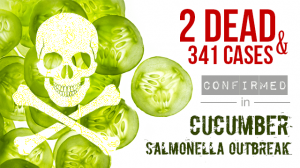 If you cannot rely on the regulations set forth by the government, then who can you rely on? Simply put, rely on yourself! Put purchasing local, organic produce and meat on your top-priority list.

You can join the 100-mile movement and only purchase food grown within your community, up to a 100-mile radius. This will ensure that your food is local and you are getting the best quality, organic food to put on your table.

A 2008 study published in The American Journal of Agricultural Economics discusses the importance of community farming. Community Supported Agriculture (CSA) farms are also growing, and a bit of research can point you in the right direction. Organic food has also taken the mainstage when it comes to better nutrition.

Recent research published in The British Journal of Nutrition (2014) has found organic food to be higher in antioxidants and contain fewer metals and pesticides. Healthy choices are yours to make, and they could very well save your life.

Stephen Seifert is a writer, professor, adventurer and a health & fitness guru. His flare for travel andoutdoor adventure allows him to enjoy culture and traditions different than his own. A healthy diet, routine fitness and constant mental development is the cornerstone to Stephen’s life.