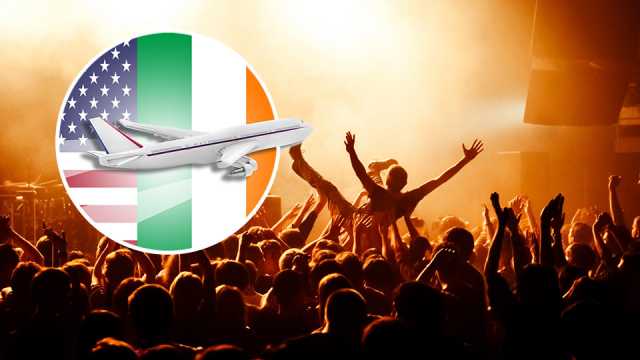 Carpe diem. The words seemed to echo in my soul the first time I heard them as a young college student. The expression has been translated various ways, but essentially the motto means to pluck the moment or seize the day. It’s a call to throw caution to the wind, live life to fullest and make the most of every instant.

The second time I heard those words changed my life forever. They were spoken by a woman I met by chance at a concert. Afterward, she and a group her friends invited me to grab a bite to eat. Sometime during the evening’s conversation, I heard her share the following thought, “Carpe diem, that’s my motto. Life is too precious to waste a moment.”

Those words had a magical effect on me and I instantly felt I had met someone special. Several weeks passed before we saw each other again. I learned her name was Bridget and that she had lost four close family members over the years. Her older sister, Pat, died suddenly of an undiagnosed heart ailment. She was only 23 and just days ahead of her wedding. She also lost her younger brother, Jim, who suffered a massive heart attack while on a routine jog. He was only 35 and the picture of health. As Bridget later told me, “Death does not discriminate by age or virtue.”

I never had the opportunity of meeting Pat, Jim or Bridget’s parents (who also passed away), but I can feel how much Bridget misses them. Yet despite experiencing devastating heartbreak, Bridget is one of the most positive people I’ve ever met. Undoubtedly, she’s experienced more than her share of tragedy and I know she feels each loss acutely, but she also exhibits a tremendous zest for life and all its possibilities.

“Our loved ones would want us to live life to the max and not have any regrets,” she’s told me. It’s a mindset that’s helped us create some of the most amazing days imaginable. I hope by sharing one of our experiences it might encourage you to venture forth and create fabulous adventures of your own.

I had known Bridget for nearly a year when suggested traveling to Ireland to attend a concert by Van Morrison. The legendary musician was set to perform near the ruins of Dunluce Castle, a medieval structure perched on the cliffs along the North Sea. It seemed the perfect location to see and experience the singer-songwriter who penned soulful ballads like “Into the Mystic,” “Moondance” and “Whenever God Shines His Light.”

I didn’t expect Bridget to say yes right away, but she did. Unbeknownst to me, Bridget had visited Ireland in 1995 with her late brother, Jim, just a year before he died. As I later learned, they had stayed at a hotel and were told by the owner that they had just missed seeing Van Morrison by a day. “Don’t worry, maybe we’ll see him next time,” Jim told Bridget. Tragically, Jim died within a matter of months.

On June 7th, 2013 — 18 years after Bridget and Jim missed seeing Van Morrison by a day — Bridget and I arrived in Ireland. By chance, we were arriving on Jim’s birthday, a fact Bridget only revealed in mid-air. Since I had booked the tickets, it seemed a rather amazing coincidence. I immediately proposed a toast, “Let’s chase rainbows for Jim.”

Our first full day in Ireland unfolded like a dream. We hiked a few miles to Dunluce Castle in the morning. Peering through the remnants of the castle’s windows we spied jagged cliffs below and ocean water so clear and blue that it seemed like we had stepped into some fairy tale. Then, to our mutual astonishment, a vibrant rainbow appeared out of nowhere to greet us. The apparition was so unexpected and beautiful that it left both of us completely awestruck. It’s seemed as if the spirit of Jim had taken another form and was smiling upon us.

The magic that day was palpable. Every which way we turned seemed to reveal beauties we could scarcely imagine or describe. We somehow managed to fit in a visit to the nearby Bushmills Distillery and Carrick-A-Rede Island, which is connected to the mainland by a rope bridge. As we traversed the bridge, our spirits seem to be suspended between two worlds — the earthly and the heavenly.

Later that evening, Bridget and I returned to Dunluce Castle to fulfill a dream. Van’s soulful voice filled the summer night’s air with an infectious joy. The temperamental singer has a reputation as being hit or miss as a live performer, but on that night he was an archer hitting the mark on every song. There’s was a moment, dancing with Bridget as “Brown Eyed Girl wafted in background, that I caught glimpse of divine happiness in her eyes.

Van Morrison once sang of “Days Like This.” But you have to create and experience moments like these for yourself. Gabriel Marcel once said, “Life is not a riddle to be solved, it is a mystery to be lived.” How true. You have to be prepared to set aside fear and the limitations we impose on ourselves.

There is no one-size-fits-all recipe for making “days like this” happen. But adopting a carpe diem mindset and a go-for it attitude is a good place to start.

Life is fleeting, but amazing opportunities abound. What possibilities inspire your imagination? What aspirations do you hope to actualize? What dreams and potential adventures speak to your heart? Be prepared to venture forth beyond your comfort zone with an unconquerable can-do spirit. In the immortal words of the Roman poet Horace — carpe diem!