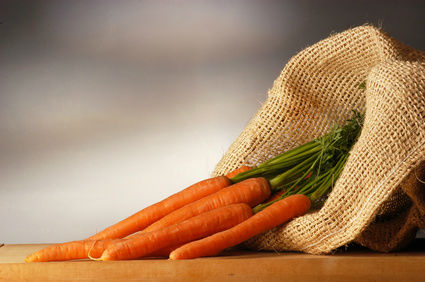 There’s no doubt you’ve heard of Earthbound Farms. They are the largest organic producer in the US, selling millions of organic fruits and vegetables each year and chances are if you’ve opened a bag of pre-packaged salad, it came in an Earthbound Farm bag.

Founded in 1984 in Carmel Valley, Ca, as a 2.5-acre operation has expanded to include tens of thousands of acres in San Juan Bautista, California and its famous bagged organic salads can be found in over 75 percent of US supermarkets across the country. But this king of the organic produce industry recently made headlines when its potential sale was announced for over 600 million dollars to WhiteWave Foods.

Why is this headline worrying organic enthusiasts? Take a look at WhiteWave’s history and you can soon see why people have trepidation over the acquisition.

WhiteWave Foods is a spinoff of parent company Dean Foods, which owned the company until 2012. Dean Foods fiercely opposed the labeling of GMOs and made various contributions to anti-labeling campaigns. They also were quick to discretely change Silk’s use of organic soybeans to the GMO variety while keeping the packaging virtually identical.

But as the anti-GMO sentiment grew nationwide, many of Silk’s products regained their organic status, yet consumers questioned why there was any change in the first place. And while Dean Foods no longer owns WhiteWave, the former CEO of Dean Foods is now CEO at WhiteWave.

The acquisition gives WhiteWave Foods a stronghold in the organics market as they own both the Silk and the Horizon milk labels. This is the first business acquisition since the company split from Dean Foods and is believed to be the first of more to come. Aside from their discreet soybean switch, the company has a controversial past when it comes to their organic practices.

Mark Kastel, the senior farm policy analyst for the Cornucopia Institute points out the facility housing over 10,000 cows forced to work in their own feces operates under the organic dairy label Horizon – WhiteWave’s brand. He said in an article printed in Food Safety News, “WhiteWave has done much to stretch the definition of ‘organic food’,” noting that major operations like these dilute what it means to be “organic.”

Many consumers and organic watchdog organizations worry what will become of Earthbound Farm’s practices. However, Engles promises not to interfere with the 332,000-square-foot certified-organic processing facility, 1,200-employee and 200 farmer-partnered-operation.

Rather, they promise to uphold the company’s standards and look to expand the organic market. Skeptics say your best bet is to support local organic farmers and smaller operations who are threatened by these mega-corporations now making a name for themselves in the organic sector.