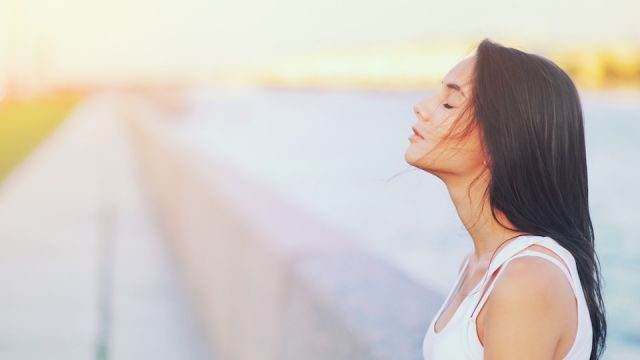 Breathing is one of the most natural things we do – in fact, our bodies do it for us without a second thought even while we work, eat, or sleep. However, just because this bodily function is so automatic (and often, understandably, taken for granted), doesn’t mean that we are all doing it correctly. Breathing can be negatively influenced by many factors such as stress, sitting at a desk all day, eating processed foods, and excessive talking. These factors are all too common in modern life, leaving many of us with poor breathing habits.

Some experts estimate that approximately one-third of the population doesn’t breathe effectively enough to sustain normal health. These people do not get enough oxygenation of their cells, tissues, and organs. Poor breathing could be an undetected reason for many health issues, including poor immunity, insomnia, and heart disease.

The most common problem with breathing is inhaling through the mouth, rather than the nose. Read on to discover the many reasons why you should become a devoted nose breather, and how to retrain your breathing for optimal health.

There are two ways to breathe—through your mouth and your nose. The nostrils filter, warm and humidify the air in a way that the mouth cannot. The hairs that line the nostrils filter out the particles from the air, while an enzyme in the mucus that lines the nasal passage helps to kill any viruses or bacteria that might be entering. The air also passes over the adenoids and the tonsils, which helps to filter it before it reaches the lungs.

Nose breathing reduces your chances of getting sick

Mouth breathing results in the mouth becoming dry, and pollutants and germs get drawn directly into the lungs. Cold and dry air in the airways makes mucus thicker, impedes the in-built cleaning action of the lungs, and slows down the passage of oxygen into the bloodstream. This increases the risk of mouth and throat infections. Conversely, nose breathing could help prevent colds, flu, allergic reaction, hay fever, and irritable coughing by preventing these issues.

When done properly, nose breathing encourages the activation of the parasympathetic nervous system, which is the opposite of the stress response. This results in the normalizing of blood pressure, a reduction of stress, and the strengthening of the immune system.

Amongst all the other benefits, nose breathing could also improve brain performance and memory. Researchers found that people asked to sniff different smells, and then breathe through either their mouth or their nose following the experiment, were better able to recall the smells if they breathed through their nose. This effect is believed to be due to a link between inhalation and the activation of an area of the brain called the hippocampus, which is involved in memory and recall.

Breathing through the nose causes the production of a gas called nitric oxide. Enzymes in the nose and sinuses produce this gas, resulting in the dilation of the bronchioles in the lungs, and the widening of blood vessels. This process, in turn, helps lower blood pressure and significantly increases the oxygen-absorbing capacity of the lungs. Scientists have reported that nitric oxide plays an important role in cardiovascular health and reducing heart disease. Conversely, if a person is breathing through their mouth, this beneficial nitric oxide generation cannot occur, putting heart health at risk.

How to improve your breathing for better health

If you want to reduce your risk of disease and improve your health through better breathing, you can accomplish this through the regular practice of a few simple exercises. Doing these exercises will help increase breath control and capacity over time.

Paying a little bit more attention to your breathing can provide major health benefits in the long term, so why not practice better breathing today.