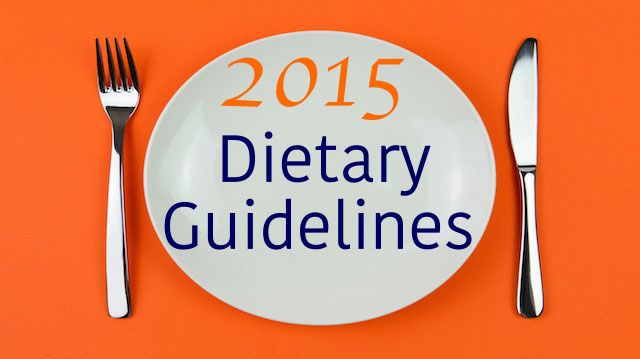 Few things are as controversial in the realm of health as our diet. Paleo, vegan, Mediterranean, raw food, and the list goes on. We seem to be obsessed with what we eat, and yet we’re fighting a losing battle with diabetes as rates continue to rise.

Are the new dietary guidelines backed by science?

Every five years, the U.S. government sets new dietary guidelines, which much of the world follows, including organizations like the World Health Organization (WHO).

The Dietary Guidelines Advisory Committee (DGAC) report, submitted in February, eliminated cholesterol as a “nutrient of concern,” and also failed to prescribe an upper limit for total fat consumption. It did, however, suggest that we should be eating a low-fat diet that is high in plant-based foods.

“To the overall body of evidence examined by the 2015 DGAC identifies that a healthy dietary pattern is higher in vegetables, fruits, whole grains, low- or non-fat dairy, seafood, legumes, and nuts; moderate in alcohol (among adults); lower in red and processed meat; and low in sugar-sweetened foods and drinks and refined grains.”

Almost immediately, journalist Nina Teicholz, author of The Big Fat Surprise: Why Butter, Meat and Cheese Belong in a Healthy Diet published an op-ed about the report in the New York Times, claiming the DGAC report lacked scientific basis.

“Certainly, the food industry has muddied the waters through its lobbying,” wrote Teicholz. “But the primary problem is that nutrition policy has long relied on a very weak kind of science: epidemiological, or ‘observational,’ studies in which researchers follow large groups of people over many years.”

Teicholz cites a number of contradictions between studies published by Harvard’s T.H. Chan School of Public Health and the Institute of Medicine as evidence of the DGAC’s lack of scientific research. “Uncertain science should no longer guide our nutrition policy,” she wrote, perhaps harkening back to the early days when a committee decided guidelines without the help of food scientists.

In an audio segment released by BMJ this fall to coincide with Teicholz’s latest article on the subject, the journalist points out that many foods have a flip-flopping status, and it’s confusing for consumers.

Although Teicholz made some extreme comments — the DGAC isn’t telling people to eliminate meat and dairy from their diets, for instance — she also had some valid points. We’ve all seen the “latest” evidence for eggs, coffee, coconut oil and other foods seemingly change quarterly. The foods that used to be “bad” for us are now “good” for us, and vice versa. There’s no doubt that this is confusing. And we’d be the last to argue against a scientific basis for something like dietary guidelines. Furthermore, toeing the party line of a high-carb diet — as Teicholz claims the DGAC is doing — and advocating a low-fat diet might be misguided, given today’s health climate.

According to the press release from BMJ accompanying Teicholz’s article, “Dozens of randomized controlled clinical trials published since 2000 show that low carbohydrate diets are at least equal to if not better than other nutritional approaches for controlling type 2 diabetes, achieving weight loss in the short-term, and improving most heart disease risk factors.”

Noting the increase in a number of conditions, Teicholz points out that “one might expect the guideline committee to welcome any new, promising dietary strategies.”

It’s worth noting that not everyone agrees with Teicholz. An interview with Michael Greger, M.D., the keynote speaker at the 2014 American Association of Naturopathic Physicians Conference, published in Integrative Medicine, was also critical of the DGAC 2015 guidelines, just from a different angle.

“All of the major players were there,” Dr. Greger said of the USDA 2015 Dietary Guidelines panel. “The Sugar Association, the Salt Institute, National Pork Producers, the Dairy Council—and every round I would tell stories about this little microcosm of corporate interests and the forces that are shaping our food supply, but it does not have the same impact as actually seeing a representative from McDonald’s saying how much they care about children’s health.” 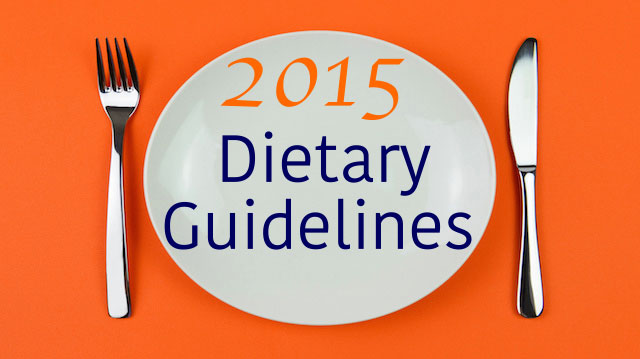 While Teicholz backs a diet that includes saturated fats from meat and dairy products, Dr. Greger promotes a different way of eating. He claims a plant-based diet is the way to go.

“Basically, I argued ‘Look, there is only one diet that has ever been shown to reverse our number one killer, heart disease, in the majority of patients, and that is a plant-based diet. So should that not be the default diet until proven otherwise?’” explained Dr. Greger. “The fact that it also can reverse other leading killers such as hypertension, diabetes, etc.—it just seems to make the case for plant-based eating overwhelming.”

These are just two of the dissenting views when it comes to the DGAC report, and they certainly show some of the extreme opinions at play. We’re sure we’ll hear even more in the run up to this month’s congressional hearing on the matter.

In the meantime, you may be asking who you should trust. When it comes to your health, only you and your healthcare provider know what’s best. We at the Alternative Daily will keep you informed about the latest scientific developments so you can make the best decisions for your own well-being. Check back here as news develops.

What do you think of the DGAC’s low-fat, high-carbohydrate dietary recommendations?