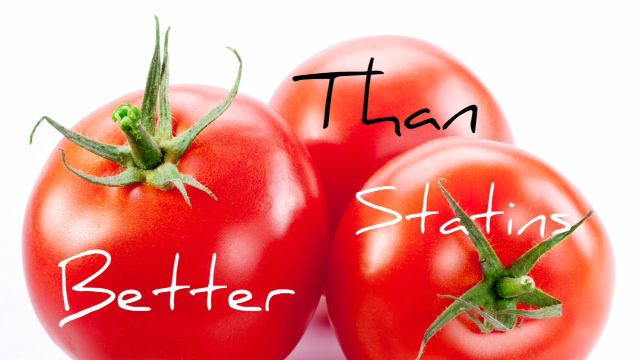 In 2010, nearly 255 million prescriptions were written for statin drugs in the United States alone. These highly controversial drugs are often used as a tool to help reduce the risk of vascular disease, especially in those aged 50 and older.

Many health professionals argue that these drugs are often prescribed without warrant and end up causing more harm than good.

A paper published in the American Journal of Cardiovascular Drugs makes note of 900 studies indicating the adverse effects of statins. However, one issue with statins is that side-effects don’t appear immediately.

A person may take a statin drug and experience the desired effect of lowered cholesterol and have the false impression that the drug is doing “all good.”

As side effects of the drug begin to appear, they are often not associated with the drug but rather diagnosed as new problems requiring treatment. This may result in additional drugs and therapy and even more side effects.

Some people who take statin drugs over a long period of time experience such things as:

In addition, other serious and sometimes life threatening side effects have been found and include:

Lycopene is an antioxidant that gives pink and red-colored fruits and veggies their hue. Lycopene has been widely studied for its role in protecting against cancer, and has also been found to improve heart health.

Beyond this, lycopene had extended positive impacts beyond statin drugs in patients with atherosclerosis.

Eating a variety of foods that contain heart-protecting lycopene is a great idea for anyone seeking optimal wellness.

We know that tomatoes boost heart health, help protect your vision, may lower the risk of some cancers and offer protection against brittle bones and the harmful effects of the sun.

Now we can add a nice surprise to that list: Confirmation that tomatoes and their stores of lycopene lower the risk of all arterial diseases, especially stroke. It seems that they reduce bad LDL cholesterol (a half-cup serving of tomato sauce every day can lower LDL cholesterol as much as statins) and slash overall inflammation.

It is usually a standard recommendation to cook tomatoes in order to make lycopene more nutritionally available. This is because the lycopene in red tomatoes (trans-lycopene) is hard to absorb by the intestines. However, orange heirloom tomatoes contain a type of lycopene called prolycopene, which is two and a half times easier for the body to absorb.

While cooking still releases more lycopene, this important nutrient is much more available to the body when eating raw, orange heirloom tomatoes than any other raw tomato. As lycopene is fat soluble, add a bit of organic olive oil to your tomatoes to get the most benefit.

According to Slow Food USA and Seed Savers Exchange, cultivating heirloom seeds is an ideal way to preserve a crop’s natural diversity. If you’d rather buy the tomatoes themselves, check your local farmer’s markets for exciting heirloom varieties. Your health – and the environment – will thank you.

Grapefruit is teeming with carotenoid antioxidants, including beta-carotene, lutein and zeaxanthin, all of which are important for eye and skin health, as well as for preventing oxidative stress damage to the cells. These antioxidants are anti-inflammatory in nature, and can protect the body from a host of chronic ailments. Pink and red grapefruit varieties also contain about the same amount of lycopene as a fresh tomato.

Limonoids are another class of antioxidant found in grapefruit, in a highly digestible form. These phytonutrients have been linked by a body of research to fighting breast, colon, lung, skin and stomach cancers, as well as to helping the liver clear toxins from the body. Yet another antioxidant in grapefruit is naringenin, a flavonoid that has been shown to aid in repairing DNA in human prostate tumor cells.

The vitamin C content of grapefruit is very high, giving this fruit the ability to boost the immune system and fight infections. If you have an existing cold or other seasonal bug, vitamin C may help to reduce the severity of the symptoms that you are experiencing. Vitamin C has also been found to combat inflammatory conditions including rheumatoid arthritis and asthma. It also helps to prevent cancers, stroke and heart disease, and keeps skin young-looking and healthy. Grapefruit also contains salicylic acid, which joins vitamin C in helping to prevent arthritis by breaking down calcium buildup in joints.

Tomatoes are often the fruit most often associated with the antioxidant lycopene, yet watermelon accounts for the highest intake of lycopene in the United States. Most red-hued fruits and vegetables get their rich shades from anthocyanins, yet the watermelon can attribute its coloring to a high concentration of lycopene.

A unique aspect of the lycopene content of watermelon is that it doesn’t easily deteriorate. Cubed watermelon can retain its lycopene concentration for several days when refrigerated. Only a six to 11 percent breakdown occurs after seven days of proper storage.

Watermelon is also a very good source of the amino acid citrulline. Once consumed, citrulline is converted into another amino acid, arginine, by the kidneys. Arginine is an extremely important amino acid that some individuals don’t make enough of on their own. It helps improve blood flow and aids in multiple aspects of cardiovascular health.

Arginine is also an important compound for athletes, as it aids in muscle recovery as well. Researchers are currently evaluating arginine’s role in preventing fat accumulation in fat cells.

Along with high concentrations of vitamins A and C, watermelon boasts another key nutrient: choline. Choline aids in numerous bodily functions including sleep, muscle movement and memory and learning comprehension. It also helps maintain the structure of cell membranes and acts as an anti-inflammatory.

The high concentrations of antioxidants and phytonutrients in watermelon certainly qualify it as a healthy summertime snack option. The potency of these compounds is known to increase with ripeness. The deeper red varieties boast higher concentrations than the pink or white-colored melons, yet concentration remains consistent throughout the entire melon, stretching far into the rind as well.

Other foods that contain lycopene:

Add these other delicious and nutritious foods to your diet.

So, have a glass of fresh-squeezed pink grapefruit juice with a fruit salad of guava, papaya and watermelon, followed by a thick marinara sauce over some gluten-free pasta, and enjoy optimal heart health naturally.