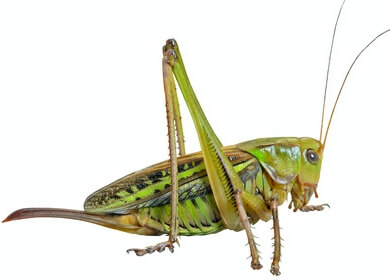 While a great big side of beef may be for dinner in your house tonight – thousands of miles away – on the other side of the world – someone else is enjoying a nice platter of fried grasshoppers on rice. That’s right – fried grasshoppers. Does this sound appetizing? Probably not, but over 80% of the cultures in the world eat what we consider pests.

When you ponder eating bugs from a financial, ecological and global perspective it actually makes a lot of sense.

In our culture, where we are taught from the time we are young, to run from, stomp and smash bugs, considering them for dinner may be a steep learning curve. However, the benefits of at least considering this new way of eating are worthwhile. After all, they are doing it in Asia, Africa, Australia and Latin America, there must be something good about them!

Here are three excellent reasons why you should consider at least trying insects.

For every human on the earth, there are 40 tons of insects. There is little chance that they will become extinct. There are over a million species of insects, many of which are considered highly palatable. Some are even thought of as a delicacy, like barbecued tarantula.

Over the next thirty years, it has been predicted that the world’s population may rise by as much as 9 billion people. It is already estimated that there are over 1 billion people in the world who do not get enough food. Raising insects for food could take care of the present food crisis with plenty left over.

Most insects are incredibly nutrient dense. Some species have as much as 3 times the amount of protein as conventional beef per ounce. Insects are also excellent sources of calcium and iron. Calcium is the most abundant mineral in the body and is necessary to keep bones strong.

The same amount of water beetles have 14 milligrams of iron while the beef has only 3.5 milligrams. Ounce for ounce, bugs are more nutritious than our standard protein sources.

The cost to raise meat is high, not only in terms of the actual cash required, but also in terms of the resources that are being destroyed such as the rainforests and cropland. Livestock farming also contributes to greenhouse gas emissions – including 35% of methane, 65% of nitrous oxide and 95% of carbon dioxide.

According to the United Nations report, the livestock industry is responsible for generating more greenhouse emissions than transportation.

According to a new study, mealworms, in particular, are much more environmentally friendly food source than pork, chicken beef and dairy. Researchers noted that mealworms take up 90% less land than do beef cattle and 43% less than dairy cattle. As more and more of our land is turned over for the raising of livestock, this is good news.

Overall, insects require less food, water and space to raise than livestock. An added bonus is that they don’t mind living in contained quarters, unlike cows who prefer to graze in open pastures. Think of bugs as bicycles and pigs and cows as SUV’s.

Anyone for a cricket burger?