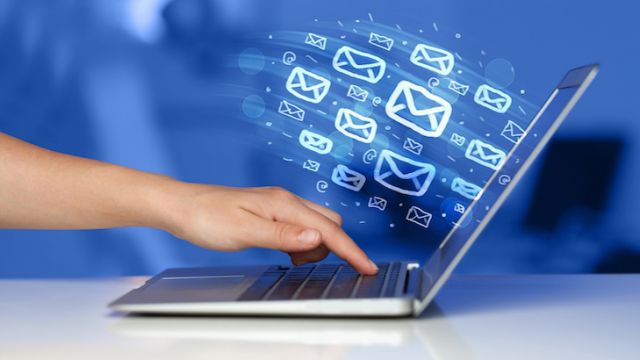 News of a French ban on weekend and evening work emails sent the Internet afire recently. The “ban” turned out to be no more than a proposed labor agreement — hardly a nationwide policy. Yet we loved the idea here in America. The reason why has a lot to do with how our work lives have changed in recent years, and not for the better.

The French labor agreement would grant employees the “right to disconnect and implementation by the company of devices to regulate the use of digital tools in order to ensure compliance with rest periods and leave as well as the personal and family life.” In short, log off already, it’s Friday! Yet the proposal asks only some employers and employees to come up with methods to limit work conversations during personal time. Nothing about an outright ban.

That’s not quite the nod to labor we had hoped. Why were Americans so quick to support a blanket ban on emails from the boss? Here are five reasons.

Every study is slightly different but all agree that Americans are among the hardest-working people in the industrialized world. Longer hours, harsher expectations and an ever-increasing move toward near-constant work communications are part of American professional life. European workers generally fare much better. The Dutch work an average of 29 hours over a four-day week. The Danish and Norwegians average 33 hours. In comparison, Americans average an official workweek of 40 hours. Throw in late hours, overtime and weekend emails and 40 quickly turns into 50 or more.

In addition to working longer documented hours than most other nations, tasks related to employment have crept into America’s free time. A 2008 Pew Study found that Americans are working on the weekends more each year. According to the study, 22 percent of U.S. workers often check their work email from home. This is up from 16 percent in 2002. A number of us also check work emails while on vacation. Pressure to respond to work emails on our time off has become so prevalent that it has been given a name — “telepressure,” the urge to respond immediately to evening and weekend communications.

The health risks of stress are clear

Researchers find that stress causes a slew of negative health responses. Not surprisingly, the stress of telepressure is specifically bad for your health. Dr. Larissa Barber published a study in the Journal for Occupational Health Psychology detailing how telepressure impacts worker health. “When people don’t have this recovery time, it switches them into an exhaustion state, so they go to work the next day not being engaged,” Dr. Barber explained to Time. “It’s like your to-do list is piling up, so you’re cognitively ruminating over these things in the evening and re-exposing yourself to workplace stressors.”

Americans are dissatisfied with their bosses

There is more to the American response to this proposed legislation than just our culture of long hours and the pressure to answer emails off-hours. Americans are fed up with the implicit contract between capital and labor. As productivity has grown, wages have stagnated. Hours are high, benefits fewer. The pie may be growing, but most U.S. workers are not seeing the benefits of this growth.

For most of American history, the image of a rugged individual providing for his or her self has been idealized. Americans were proud of a capitalist system that rewarded intelligence, ingenuity and hard work. Today, the percentage of Americans who believe that capitalism is working well in our country is declining. In a Harvard University study, 51 percent of respondents aged 18 to 29 said they do not support capitalism. An astonishing 33 percent now support socialism. A subsequent study found that older Americans also are critical of capitalism as it exists today. Cracks in the capitalist bargain creates room for government intervention between employer and employee.

In addition, many Americans, and especially millennials, avoid traditional employment altogether. They work as freelancers and have turned to the on-demand economy in record numbers. Employers also are beginning to recognize that the employment paradigm has changed. Tech companies have started offering benefits and perks to attract a disgruntled workforce — nevertheless asking many workers to remain tethered to electronic devices 24/7.

As America struggles to redefine an employer-employee relationship that works for all parties, it is not surprising that we would applaud the efforts of those abroad to regulate that relationship to fit the modern era.