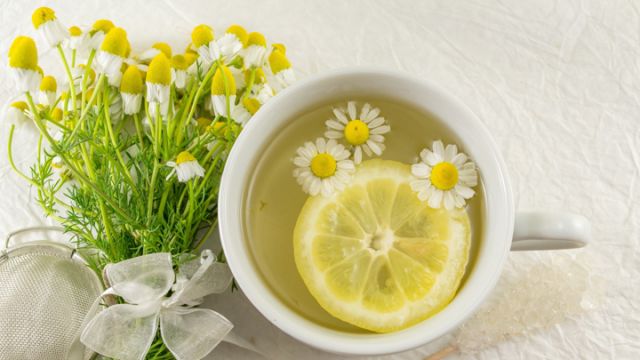 As the second most popular beverage in the world (the most popular being water, for obvious reasons), tea is a big deal. Originating around the third century A.D. in southwest China, tea began as a medicinal drink, then became an everyday beverage at the core of British and European life. Now, it is once more drawing the attention of the medical and health community, with a growing body of evidence showing that it can be a powerful tool in the fight against disease, pain, indigestion, viruses, colds and basically everything undesirable in the human body.

Whatever our motivations, tea is firmly entrenched in today’s society. Personally, I’m never truly happy unless I have a steaming cup of green tea in my hand first thing in the morning, or an aromatic mug of herbal tea sitting beside me in the evening as I read a book or hunker down for my favorite TV show. Tea soothes frayed nerves, calms the mind, nourishes the body and warms me from the inside out, and I can’t get enough.

However, all teas are not created equal. As someone who has developed a profound mistrust for all mass-produced consumables, I have a habit of checking the ingredients on all packaged goods I buy. And after buying a batch of expensive, purportedly healthy David’s Tea, I was shocked to see artificial flavoring making an appearance on the ingredients list. To me, this seemed completely illogical — why would a tea bag containing whole herbals and botanicals need to have flavor added? And not even natural flavorings — artificial flavors — the kinds which contain all sorts of detrimental compounds and can be seriously damaging to our health.

And if this was the case with a high-profile brand like David’s Tea, I shuddered to think what I’d find in other tea brands. And after doing some research I was appalled by what I saw. Here’s some seriously good reasons to skip pre-packaged tea altogether and make your own.

Recently, Canada’s CBC news conducted laboratory testing of 10 popular teas, including Lipton, Red Rose, Tetley and Twinings. They found that of the 10 brands, half contained pesticide residues above the allowable limits in Canada. They also found that eight of the 10 brands tested contained multiple chemicals, with one brand (Uncle Lee’s) containing residues of 22 different pesticides. Yuck!

And don’t think that this is just due to poor standards in Canada. Many popular tea brands in the U.S., including Lipton, Allegro, Tazo, Bigelow, Trader Joe’s and Tea Forte, contain worryingly high concentrations of pesticide in their leaves. This is because most tea leaves, particularly the lower quality ones, are not washed before being dried. Studies have even suggested that some teas claiming to be organic or pesticide free are in fact still thoroughly dosed in harmful chemicals, so you really need to do your research on this one!

As mentioned earlier, the tea industry is no stranger to artificial flavoring. Many teas may claim to be healthy but then state in the ingredients list that they have “flavoring” — and you know that if it doesn’t have the word “natural” in front of it, it’s almost certain artificial.

Artificial flavors have the potential to contain manipulations of chemicals such as crude oil and coal tar, both of which are definitely not meant for human consumption and which are known carcinogens.

Most people (myself included) wouldn’t even spare a thought for the possibility that the tea they’re drinking contains genetically modified organisms (GMOs). But many tea brands are doing just that, with common GMO ingredients including modified corn starch and soy lecithin. Why they’d need to put these ingredients in a teabag in the first place is beyond me, but it’s just another reason to be highly distrustful of conventional teas.

Many higher quality brands use “fancy” tea bags which are designed to show the tea leaves for the purpose of aesthetic appeal. They may look cool, but they’re typically made of plastic, which has the potential to break down when immersed in boiling water – meaning there’s a good chance you’re drinking plastic. Yikes.

Even your stock standard paper tea bags aren’t ideal. They are often treated with a compound called epichlorohydrin, which is being considered as a carcinogen by the authorities and which is also used as a pesticide in agricultural circles.

Why making your own herbal teas is the safer option

Aside from the reasons above, there are plenty of other reasons why making your own tea at home is the better option. For starters, you can mix in as many ingredients as you like, creating your own delicious super-tea. Secondly, you know exactly what you’re putting in your tea, and can therefore avoid all the chemical compounds, GMOs, artificial flavorings and colorings found in many conventional pre-packaged brands. Finally, it’ll likely ignite a real passion for tea which you never knew you had — making your own tea is a lot of fun, and strangely addictive!

To get you started, here’s a few easy herbal tea recipes which you’ll love.

It’s all very well making your own tea, but it’ll all be for nothing if you use non-organic ingredients. Find out why you really need to jump on the organic bandwagon, and the sooner the better.