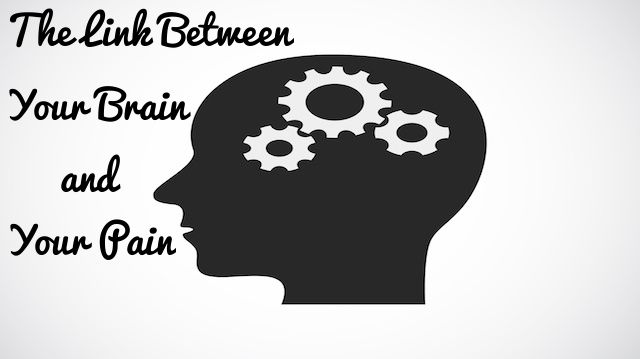 Our perception of pain is created by brain circuits that work to filter information from sensory nerves throughout our bodies. If you slam your fingers in a door, it will feel like the pain is coming from your fingers, but in actuality it is rhythms in your brain.

Adjusting the pain volume
“The brain can say, ‘Hey that’s interesting. Turn up the volume on this pain information that’s coming in,'” says David Linden, a professor of neuroscience at Johns Hopkins University and author of the new book Touch: The Science of Hand, Heart, and Mind. “Or it can say, ‘Oh no – let’s turn down the volume on that and pay less attention to it.'”

Fluctuations in the perceptions of pain explain the phenomenon of people, such as soldiers during combat, who can be injured and yet not perceive the pain immediately. This occurs because their brain is engaged in other activities.

“Soldiers in the heat of the moment don’t recognize the pain that’s happening,” explains Linden. Another interesting aspect, though, is that post-combat, the same soldiers might perceive a great deal of pain from minor things, like being poked with a hypodermic needle.

Our emotions determine pain intensity
Our emotions can play a huge role in how well we tolerate pain and our perception of its intensity. When we are experiencing positive emotions related to feeling safe and cared for, our perception of pain is minimized. Conversely, negative emotions like fear can have an opposite effect and magnify our feelings of pain. This is one of the reasons that torture is so effective.

“If they want to accentuate pain during torture they can do this with humiliation [or] with an unpredictable schedule of delivering pain,” says Linden. “Those things will make the emotional component of the pain experience stronger.”

The emotions we attach to our perception of pain are also determined by the brain. This is because the brain functions in two different systems when processing pain information that has been transmitted from the sensory nerve endings.

One of those systems calculates the location, intensity and other characteristics of the pain, such as burning, aching, throbbing, stabbing, and so on.

“And then,” says Linden. “There is a completely separate system for the emotional aspect of the pain – the part that makes us go, ‘Ow! This is terrible.’”

How does the brain do it?
Scientists have long tried to understand how exactly the brain is able to regulate pain perception. In an effort to better understand this, a study was conducted by a team at Brown University to analyze correlations between low-frequency brain waves in the region of the brain correlated to hand sensations. Previous research has shown that low-frequency brain-wave rhythms increase when the brain blocks information from the sensory nerves in the hand.

These researchers hypothesized that an answer about why these rhythms increase might be found in the frontal region of the brain that is activated to help us ignore distractions.

Using a dozen participants, the researchers asked them only to pay attention to their foot or hand while their brain waves were being monitored. The researchers would then lightly tap either the participant’s toe or finger.

Researchers were pleased to find that the two different regions synchronized their activity as directed by the participant.

Some people might be able to shut off pain signals
These study findings would suggest that it is possible for some people to control how their brain perceives pain and to possibly filter out some forms of chronic pain, through activities like meditation or biofeedback.

This conclusion was supported by the findings of a 2011 study from Harvard Medical School. The study revealed that participants who engaged in mindfulness meditation over an eight-week period could control rhythms in the brain to block out pain perception.

Emotions may also trigger the body’s natural pain killers
Another research experiment by Stanford University School of Medicine was designed to test the power of positive (or in this case romantic) emotions to overcome perceptions of physical pain.

A group of 15 student participants was recruited, all of whom were in the early stage of an intense romantic relationship. These participants were all subjected to thermal pain on their left hand at a heat setting high enough to hurt but not cause them physical harm. 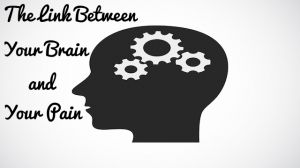 These researchers concluded that romantic feelings activated brain areas involved with the body’s natural painkillers, endogenous opioids, as well as the neurotransmitter dopamine.

A pain specialist and spokesman for the American Society of Interventional Pain Physicians, David Kloth, explains that the limbic system of the brain is related to how a person feels about pain and determines the significance of it.

Furthermore, Kloth says that children whose parents coddle them over every little upset may have very strong reactions to even slight discomforts when they are adults. This could lead to psychological issues such as stress, anxiety, or depression that can increase the sensation of pain.

Chronic pain
Chronic pain sometimes develops when an acute pain goes on without resolution until there is a malfunction in the sensory nerve system, and the cycle of pain becomes self-perpetuating. This can cause perceptions of pain throughout the body and make it difficult to locate its original source.

In terms of chronic pain, Sean Mackey, chief of Stanford’s pain management division, says it should be viewed along the lines of a chronic disease that may require long-term sustained treatment. At the same time, options should be explored for engaging brain and nerve connection related to pain management.

Studies have also shown that some people can distract their brain from perceiving pain by thinking about other things like work, hobbies, or family. Further studies have revealed that patients under clinical hypnosis can sometimes alter brain-rhythm activity in certain areas related to pain.

Research from Johns Hopkins University and the University of Maryland identified two molecules in mice directly linked with the perpetuation of chronic pain. Researchers say these same molecules are involved in a phenomenon where uninjured body parts can be increasingly sensitized to pain if they are near an area that has been injured.

According to Xinzhong Dong, Ph.D., associate professor of neuroscience at the Johns Hopkins University School of Medicine and an early career scientist at Howard Hughes Medical Institute, “With the identification of these molecules, we have some additional targets that we can try to block to decrease chronic pain. We found that persistent pain doesn’t always originate in the brain, as some had believed, which is important information for designing less addictive drugs to fight it.”

Their research was focused on the trigeminal nerve in the face of mice that is tasked with the job of detecting pain. The trigeminal nerve is made up of a bundle of tens of thousands of sensory nerve cells. Signals of pain travel through the nerve to the spinal cord and then on to the brain where they are perceived as pain.

Researchers found that when one branch of the trigeminal nerve was sensitized by painful stimuli for a prolonged period of time, it made the nearby nerve more sensitive to pain as well. They knew from previous research that the protein TRPV1 is a necessary component for the activation of pain detecting nerve cells. In their study, they confirmed that TRPV1 was hyperactive in the nerve branches when uninjured areas were extra sensitive to pain.

They also discovered that serotonin was being released when the subject was subjected to stimulated chronic pain. The team decided to block the serotonin production between the spinal cord and brain stem. They found that this almost completely stopped the hypersensitivity of the nerves.

According to Dong, “Chronic pain seems to cause serotonin to be released by the brain into the spinal cord. There, it acts on the trigeminal nerve at large, making TRPV1 hyperactive throughout its branches, even causing some non-pain-sensing nerve cells to start responding to pain. Hyperactive TRPV1 causes the nerves to fire more frequently, sending additional pain signals to the brain.”