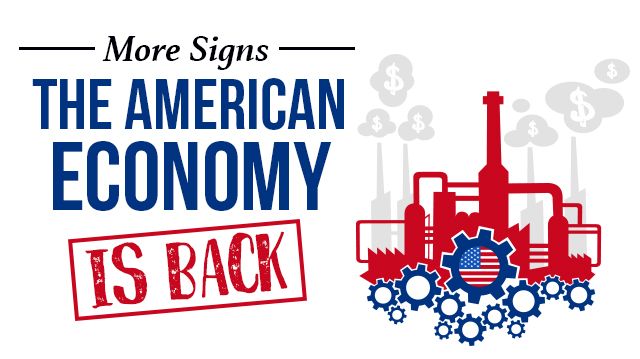 If you were affected by the Great Recession, you definitely are not alone. In the wake of the 2008 market crash, America’s unemployment rate doubled from to 10 percent. Nearly 9 million Americans lost their jobs and a large portion of them remained unemployed for years. In fact, some remain in the struggle to find work despite a growing national economy.

Even still, things are looking up. According to the Labor Department, the nation’s unemployment rate has sank to its it’s point in more than four decades. Recently, there were 2.4 million people collecting unemployment checks in the United States. While this sounds like a large number, it is nearly 40,000 fewer Americans than the week prior. What this essentially means is that 40,000 people found jobs over the course of the seven days. And, according to economists, that is a very, very good thing.

One of the strongest indicators of a slowing or faltering economy is a spike in unemployment. On the flip side, an increase in job creation and falling unemployment claims are powerful barometers of economic growth. Since 2008, more than 4.5 million jobs have been created in the United States.

According to MarketWatch, 58 percent of jobs created from April 2015 to March 2016 were above the average hourly wage of $25.43. Most of these jobs were found in white-collar industries such as healthcare and business, but construction jobs also made a significant impact on employment. With higher-paying job comes a higher propensity to spend money, which in turn helps boost the economy. Consumer spending accounts for two-thirds of the nation’s economic activity.

Another good indicator that the American economy is on the mend is the positive trend in the housing market, which sparked the 2008 recession in the first place. Prior to the market crash, banks were lending for large mortgages without checking their income. This caused millions of Americans to default on payments and ultimately lose their homes, resulting in problems for the nation’s major banks and for lending in general.

Hopefully, both American homebuyers and the banks have learned their lesson. With strict bank-imposed credit checks and low fixed interest rates, it looks like the housing market is back on track. According to the National Association of Realtors, nearly 1 million “formerly distressed” homebuyers are looking to purchase a home this year. The price of homes has risen as well, jumping 5.7% over the past year to a median sale price of $222,7000. Both are strong indicators of a growing economy.

Still, many Americans still struggling to make ends meet. U.S. Deputy Labor Secretary Chris Lu says that the federal minimum wage needs to be raised, particularly to help with states that have no minimum. This increase would greatly assist people in the lowest earning positions around the country, those with little education and employment opportunity. As it is now, with the federal minimum wage stands at $7.25. Americans earning that rate and working 40 hours a week bring in just $15,080 per year — $5,000 under the federal poverty line for a household of three.

And so while the overall economy appears to be back on track, it may be too soon to start celebrating. Currently, 13 percent of Americans remain below the poverty line, a proportion higher than in any other wealthy nation. If we are to rise as a nation, perhaps more should be done to alleviate relative poverty and bridge the gap between rich and poor.

How has your experience of the recovery gone so far? Do you think we’re back on track?