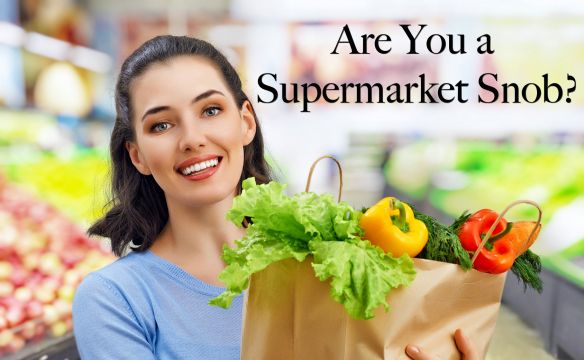 Sue Reninger, a managing partner at a firm specializing in food marketing from Columbus Ohio, believes that people are willing to pay more for their groceries because, “Kroger shoppers are considered smart, savvy [while] Walmart shoppers are regarded as penny-wise and traditional blue-collar America.”

The thought of shopping in a grocery store where things are basic — where the employees are not dressed in spiffy uniforms and don’t attend to the customer’s every beck and call — just doesn’t cut it for some shoppers. For these shoppers, the choice of supermarket is a clear indication of social standing. Some people are willing to spend more money on an item at a high-end grocery store rather than shop at a discount store where that same item is much cheaper.

Supermarket snobbery doesn’t only occur in the U.S. In England, a survey found that “more than half (56%) of Britons feel their choice of supermarket reflects their place on the social ladder.” Some even stated they like to shop at a particular store because it is full of “nice people like me.” 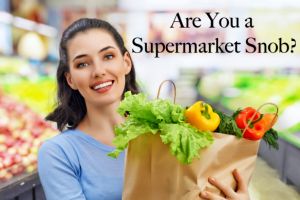 When you take into account that, according to the U.S. Department of Agriculture, the average family of four with children between the ages of 6 and 11, spends $1,064.60 a month on groceries, maybe, just maybe, those high-end shoppers will take a chance on being seen at the local Walmart to save some money.

At a discount store you may not find someone cooking up the latest appetizer, but you will find the same food a high-end store offers, but at much cheaper prices. And don’t forget the dollar stores. You may not be able to buy all of your groceries there, but why not pick up your canned goods? At a dollar a can, how can you go wrong?

Drug stores also have special bargains that are often cheaper than at other stores. It’s always good to check the store’s circular.

For those true supermarket snobs, saving money really doesn’t matter, but if you would like to save money, try doing some price-checking. It may take some time and planning, but it’s worth it to save on your monthly grocery bill.