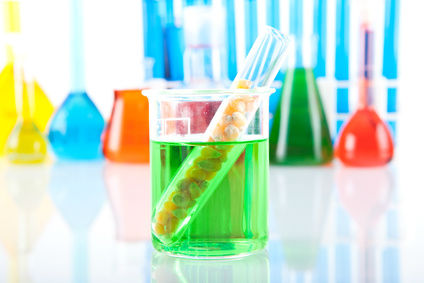 The battle rages on between the deep pockets of agribusiness and the resilience and growing numbers of those against the genetic alteration of our food. In a desperate attempt to stop the spread of anti-GMO laws in Hawaii, DuPont, Syngenta and Agrigenetics, Inc. have filed a lawsuit against Kauai’s ordinance restricting GMO use.

The law in place since last November on the island of Kauai requires disclosure of pesticides and GMO varieties, and also maintains GMO and pesticide-free ‘buffer zones’ surrounding homes, hospitals and schools. Seems more than reasonable, right? Not according to the three biotech giants, who have filed suit in Honolulu district court, claiming that the law is ‘unconstitutional.’

Not only do DuPont, Syngenta and Agrigenetics want to repeal this law, they are also seeking an injunction which would permanently prohibit its enforcement.

Syngenta spokesperson Paul Minehart said, “the ordinance is invalid. It arbitrarily targets our industry with burdensome and baseless restrictions on farming operations by attempting to regulate activities over which counties in Hawaii have no jurisdiction. These activities are already regulated by governmental agencies under state and federal laws.”

However, just because GMOs are federally approved does not make placing restrictions on them “baseless.” The Institute for Responsible Technology (IRT) points to multiple studies that have associated GMOs with major health issues including immune system problems, changes in organ systems including the digestive system, infertility, insulin regulation complications and antibiotic resistance.

On this new lawsuit by the three biotech companies, Kauai County Councilman Gary Hooser, one of the council members who introduced the anti-GMO law, commented, “they chose to use their money and legal power to bully us in the courts. These companies do not want our county to set a precedent that other communities are going to follow.”

Indeed, Kauai’s example is being followed. A month after the Kauai bill became a law, a law on Hawaii’s Big Island was enacted prohibiting any new GMOs to be grown. Maui has a similar legislation to Kauai’s currently making its way through the courts. Additionally, almost half of all US states have some form of GMO labeling legislation in the works.

DuPont, Syngenta and Agrigenetics, Inc. are afraid that losing their grip on Kauai will mean losing their grip on many other locations. Part of the lawsuit states that Kauai provides, “the invaluable opportunity to triple or quadruple the pace of development of GM crops.” This is exactly what health-conscious consumers hope to stop.

The GMO manufacturers are scared. They may continue feeding money into similar lawsuits, but eventually they will have to concede to the fact that the tides are shifting against them, and realize that more and more Americans want nothing to do with GMOs.