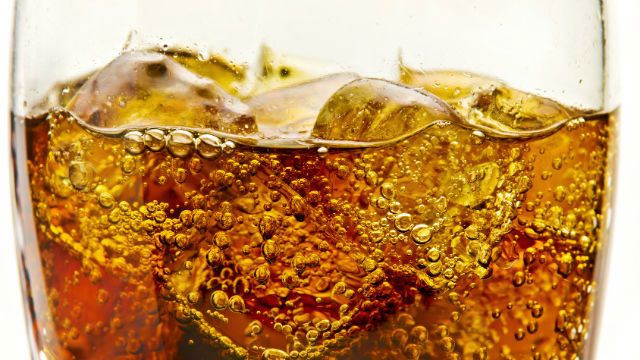 Most of us have accepted by now that diet soda is not the ‘healthy’ alternative to normal soda that it’s often marketed as. You may have heard, for example, that it’s linked to high blood pressure, cancer and behavioral disorders. But did you know that it also affects your brain?

Research has shown that artificial sweeteners, which are used in diet soda, can actually change the functioning of the reward area of our brains – a part of the brain critical to controlling and monitoring eating behavior.

Here’s how it works:

Evolutionary survival mechanisms in the brain encourage us to seek out high calorie foods—like sugar and fat—so we won’t starve. That’s why the first bite of cake or the first cookie is always the best. When we take the first bite of these sweet items, the body releases dopamine, we feel pleasurable sensations, and we want to continue eating.

Leptin, the hormone that regulates appetite and notifies the brain when you are full, is also released, so that each bite after the first does not taste quite as good. This, in theory, should prevent us from overeating.

However, when we consume anything artificially sweetened, like diet soda, we disturb this system in the body. This is because when you consume a sweet beverage with no calories, your brain thinks it’s going to get energy—calories—that it can use. So, your brain expects calories, but they never come, and when your brain expects something that doesn’t appear, it becomes confused on how to respond.

This can have both short term and long term effects. In the short term, you may be hungrier that day, and specifically crave more sweets, because your brain is still craving those calories it thought it was getting earlier when you drank that diet soda.

In the long term, you may actually be re-conditioning your brain to want to eat more whenever you consume anything sweet—including anything naturally sweet like sugar or fruit.

Your body also may not know whether or not to release leptin when you eat sweet foods, which means your brain may not know when you’re full, making it a lot easier to overeat. In this way, diet soda doesn’t only affect your brain—the overeating it causes also affects your waistline.

If the brain confusion and potential for weight gain isn’t enough to put you off the falsely sweet stuff, consider the fact that even diet soda drinkers who are a normal weight have shown an increased risk of developing the top three killers in the United States: diabetes, heart disease and stroke.

Without a doubt, we need to stop drinking this stuff entirely.