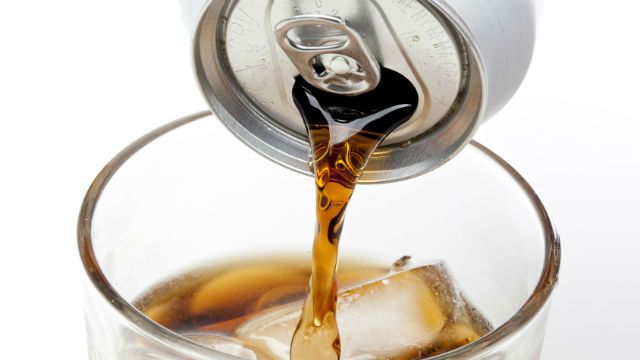 In what may turn out to be a key step in our nation’s fight against rising obesity, type 2 diabetes and heart disease rates, Senator Bill Monning of California has recently proposed legislation that would require sodas and other sweetened beverages to sport a warning label.

The label would apply to drinks with added sweeteners of 75 or more calories per 12 ounces. This would include sodas, many sugary fruit drinks and cocktails, and sweetened iced teas and coffee drinks, to name only a few. If the SB1000 bill, introduced in Sacramento, California earlier this month, is passed, the new warning label will read:

Last year, Senator Monning attempted to pass a California state tax on sugary beverages. The measure failed, but he has hopes that this new bill will fare better. He says, “when the science is this conclusive, the state of California has a responsibility to take steps to protect consumers. As with tobacco and alcohol warnings, this legislation will give Californians essential information they need to make healthier choices.”

According to a 2012 study performed at the University of California, San Francisco, worldwide consumption of sugar has tripled in the last 50 years. Researchers explain that this excess of sugar contributes to insulin resistance, which is an underlying factor in obesity, heart disease, type 2 diabetes and certain cancers.

Statistics compiled by the Centers for Disease Control and Prevention (CDC) show that over a third of adults in the US are now obese, as well as about 17 percent of children. In the past 30 years, the CDC reports that obesity in children has more than doubled, and has more than tripled in teenagers.

If the bill is passed, the law would take effect on July 1, 2015. Due to California’s significant national influence, if warning labels appear on sugary beverages there, other states would likely follow suit. The move may even set federal action into motion.

There is no doubt about it: the over-consumption of soda and other drinks (not to mention foods) with added sugars is a huge national problem. Legislation such as this marks a step in the right direction to addressing this serious public health issue.

Next step: Each of us heeds the warning and changes what we consume.