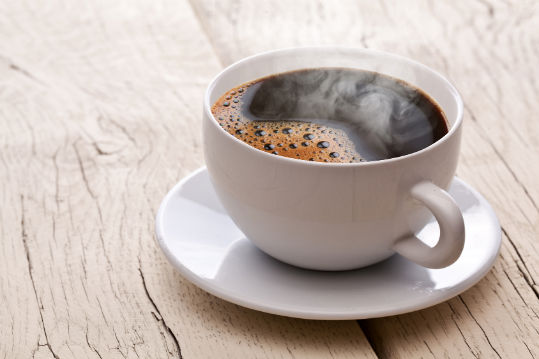 Just about everyone loves new health studies about coffee. It seems like there’s a new one practically each month demonstrating why coffee is one addiction not worth kicking. Most recently, researchers at Johns Hopkins University found that coffee may reduce the risk of multiple sclerosis (MS).

According to Dr. Ellen Mowry, the author of the study: “Caffeine intake has been associated with a reduced risk of Parkinson’s and Alzheimer’s diseases, and our study shows that coffee intake may also protect against MS, supporting the idea that the drug may have protective effects for the brain.”

MS is a disease of the central nervous system that affects an estimated 2.3 million people worldwide. The disease, which is thought to be autoimmune related, disturbs the exchange of information between the brain and body. Although symptoms of MS vary, common ones include numbness, tingling, and fatigue, vision, bladder, or bowel problems, walking difficulties, and pain.

To examine the effects of coffee consumption on MS, Mowry her colleagues reviewed two studies: one from the US and one from Sweden. The studies contained data from almost 7,000 people in the US and Switzerland, about 40 percent of whom had MS.

The researchers examined how much coffee the subjects drank one and five years before the MS patients’ symptoms began, and compared it to coffee consumption among the subjects who did not have MS.

The researcher’s analysis showed that consumers of coffee were less likely to develop MS compared to those who didn’t drink coffee, in both the Swedish and American groups. The ‘magic amount’ in the study seemed to be between 4-6 cups a day. Swedes who drank at least 6 cups a day were 1.5 times less likely to develop MS than non-coffee drinkers. For Americans, this number was at least 4 cups of coffee per day.

However, don’t up your coffee intake to 4-6 cups yet—that’s a lot of coffee! The study only shows correlation, not causation, and as Mowry noted, more research needs to be done in this area before a clear link can be established. If the results do turn out to be supported by future research, the question of what component of coffee they can be contributed to remains.

“There are many compounds in coffee, so it’s not clear which compound might be the cause. Caffeine is an attractive candidate and can impact the immune system, so perhaps it helps to combat the autoimmune process in some way,” Mowry explains.

Furthermore, there’s no evidence that patients with MS should increase their coffee intake either. According to Mowry: “Caffeine can irritate the bladder, increasing problems with urination that some people with MS already experience.”

Coffee contains a ton of antioxidants, and other studies have linked it to possibly protecting against diabetes, Parkinson’s disease, liver cancer and disease, and heart failure. So while we’re waiting for more research to confirm these findings, we’ll just continue drinking a cup or two of the ‘miracle brew’ per day, knowing that we’re doing something good for our bodies!