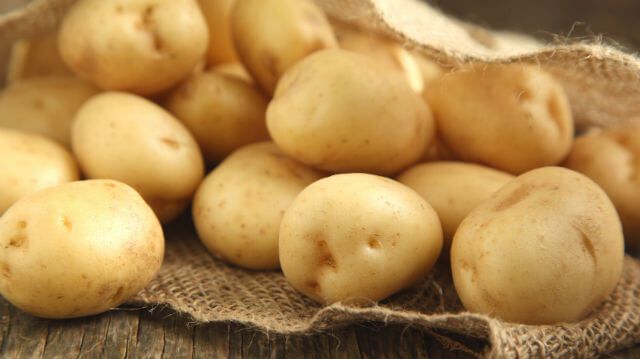 While more than a few diet experts recommend skipping potatoes – a beloved part of most Western diets – it turns out they may not be that bad after all, provided they don’t come in French fry or chip form, anyway.

The results of their study surprised the researchers so much that they even repeated their experiment to be sure. Over a 10-week period, mice were fed an obesity-inducing diet which resulted in the mice, who started out weighing 25 grams on average, gaining about 16 grams. However, the mice that consumed the same diet, only with a potato extract added, gained just 7 grams.

The benefits are believed to be due to the extract’s high concentration of polyphenols, a chemical compound from fruits and vegetables known to offer a wide range of health benefits.

Professor Luis Agellon, one of the study authors, stated on the University website, “we were astonished by the results. We thought this can’t be right – in fact, we ran the experiment again using a different batch of extract prepared from potatoes grown in another season, just to be certain.”

The investigators also noted that potatoes, not red wine, are the primary source of polyphenols. While they aren’t encouraging people to start consuming 30 potatoes a day, which is the number of spuds required to equal a daily dose of potato extract, they did say they could one day make the extract available as a dietary supplement or cooking ingredient for use in the kitchen.

The study’s principal author, Stan Kubow, explained, “potatoes have the advantage of being cheap to produce, and they’re already part of the basic diet in many countries.”

While humans and mice do metabolize food in similar ways, the scientists also said that clinical trials are an absolute necessity in order to validate the beneficial effects in humans. They’ll also need to determine the optimal dose for men and women, since their metabolisms differ.

These results might make you question whether or not potatoes, at least in their natural form, really do belong in a healthy diet. In the French diet, Kubow notes, potatoes are considered to be healthier than red wine, and the primary source of polyphenols, while in North America, they come third.