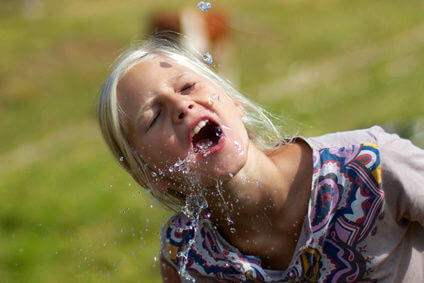 A compilation of research sheds light on the fact that our chronic exposure to arsenic in our drinking water and in our food could be contributing to a large host of diseases, and may be slowly killing us.

The National Resources Defense Council (NRDC) cites a study by the National Academy of Sciences which links drinking water contaminated with arsenic to multiple cancers, nervous system damage, cardiovascular damage and skin problems, along with possible reproductive issues and birth defects. What was not known in 1999, at the time of this study, was that even tiny levels of arsenic can cause great harm.

Arsenic is a naturally occurring element, and is often used for a variety of purposes in the fields of agriculture and industry. Arsenic enters our water supply in small amounts through natural deposits found in the soil, and in larger amounts through pollution from farming and industrial practices. Mining, copper smelting and burning coal also contribute to heightened arsenic levels.

One study which surveyed instances of death from cardiovascular issues in Bangladesh found that trace amounts of arsenic can cause the inflammation of cells within the heart. Researchers often perform arsenic-related studies of the population of Bangladesh because, sadly, arsenic levels there are often higher than one part per million.

Dr. Habibul Ahsan, director of the Center for Cancer Epidemiology and the lead author of this study, says, “Bangladesh is unfortunately a living laboratory for the health effects of arsenic.” In 2010, Dr. Ahsan and his research team performed a large-scale study which concluded that 24 percent of all deaths related to chronic disease in Bangladesh could be traced to drinking water contaminated with arsenic.

While Bangladesh seems very far away in the minds of many Americans, the problem is being studied – with frightening results – in this country as well. A recent study performed by Dartmouth College and published last July in the journal Environmental Research measured the arsenic exposure of a group of pregnant women, and kept track of the frequency of respiratory infections suffered by their babies, from the time they were born until they were four months old.

Results of this study found that the higher the arsenic exposure of the mother during pregnancy, the more frequent – and more severe – the respiratory infections in their babies were. Dartmouth College researchers are currently performing a study following women from pregnancy through to the growth and development of their children, assessing their health along the way, to compare the health of children raised in families drinking from municipal water supplies to those raised drinking from private wells.

The current EPA standard for allowable arsenic in municipal water supplies is 10 parts per billion (p.p.b.). However, according to information compiled by the U.S. Environmental Protection Agency in 2000, as reported by the NRDC, 34 million Americans were drinking tap water that “posed unacceptable cancer risks.” Frighteningly, this data was gathered solely from the 25 states that reported their arsenic information to the EPA – the real number could be much higher.

Individuals drinking from private wells may be at an even higher risk for chronic arsenic exposure, as there is no federal regulation for arsenic levels in private wells. Margaret Karagas, the lead author of the Dartmouth College arsenic study, says, “if people have private wells, they need to have them tested for arsenic. You want to know what’s in your water.”

Dr. Karagas is part of another project that is currently examining the levels of arsenic in food, such as apple juice and rice (which have federally established arsenic limits, and while they are low, they could accumulate), and how the arsenic in our food supply affects the total arsenic exposure to an individual.

The NRDC urges people to call their municipal water suppliers to find out about the arsenic levels that are contained therein. There are available water treatments in existence that can remove arsenic from a water supply, and if a certain area is affected, it needs to be brought to the attention of the municipal government to remedy the situation at once.

If you and your family drink water from a private well, it is crucial to have it tested for arsenic. In the cases of both municipal and well water, there are water filters and water distillation systems you can purchase that can remove the arsenic content. The NRDC recommends filters certified by NSF International, and even though they specify that such a certification is not a guarantee of safety, they say, “it is better than no certification at all.”

Water filters and water distillation systems do not last forever. It is important to periodically replace these filters. A recommended timeframe for use will be specified by the manufacturer, and it is important to replace your filter or filtration system at least this often.

Arsenic in our drinking water affects everyone in this country, as well as generations to come. It is not only a problem of third-world nations – deteriorative health effects stemming from arsenic are coming to light right here in the United States. Learn all you can about the water you are drinking and where it comes from – the well-being of you and your family is at stake.