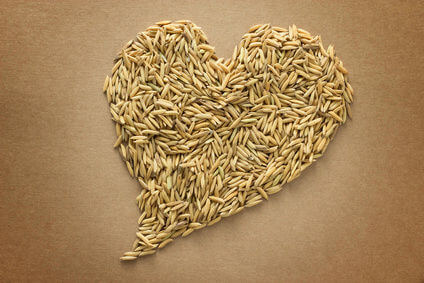 Many people think that a gluten free diet means staying away from all grains. This is not the case. While some grains, such as wheat, barley and rye, contain gluten and are to be avoided like the plague by gluten-intolerant individuals, there are some grains that do not contain gluten.

Approximately three million people in the United States suffer from celiac disease, an autoimmune condition that is characterized by a severe intolerance to gluten, and many others (some statistics say as many as 97 percent) do not know that they have it, and have never been diagnosed.

About 10 percent of the American population is thought to have a gluten sensitivity of some form, although many experts argue that the percentage is much higher.

The following are five gluten free grain options for you to try, readily available at your local health food store:

Millet is a grain that has been cultivated in Africa and Northern China since ancient times. Today, millet seeds are a staple grain for about one third of the world’s population. Flatbreads, such as Ethiopian injera and Indian roti, are often made of ground millet.

Millet has a slightly nutty flavor that many consider to be comforting, especially on cold winter days. It is highly digestible, and is actually alkalizing to the body. Millet is considered to be one of the most non-allergenic grains.

Additionally, millet is rich in nutrients, helps prevent constipation, and acts as a prebiotic to nourish beneficial gut bacteria. Millet contains approximately 15 percent protein, and is a natural source of serotonin, which can help balance your mood.

Don’t be fooled by the name – buckwheat is not a type of wheat. In fact, it is a type of fruit seed in the same family as rhubarb and sorrel. Aside from providing the seeds that are ground into buckwheat flour, buckwheat blossoms are a source of dark, potent honey.

Buckwheat is a good source of antioxidant compounds known as flavonoids, which can help prevent a host of chronic illnesses, as well as promote overall health. A single one-cup serving of buckwheat contains nearly 86 milligrams of magnesium, which works to lower blood pressure, relax blood vessels and help nutrients reach their target destinations.

These properties combined make buckwheat a great part of a heart-healthy diet, as well as an ideal grain for diabetics.

Brown rice is the natural form of white rice, before the bleaching and refinement process that white rice undergoes, which strips away all of its nutrients. The side and hull of the rice grain is intact in brown rice, making it easier to digest than its refined counterpart.

Along with being easier on the gut, brown rice is a good source of protein, calcium, fiber, magnesium, thiamine and potassium. It also contains selenium, which has been linked to reducing the risk of heart disease, arthritis and cancer, as well as manganese, which helps the body to process fats. Manganese is also crucial to the health of both the reproductive and nervous systems.

Sorghum is a grain that has been cultivated since the days of ancient Egypt. Today, it is grown prolifically in parts of Africa, Asia and North and South America. Sorghum crops are highly tolerant of dry conditions and droughts, making them an excellent crop to grow in arid climates.

Boasting a neutral, slightly sweet flavor, sorghum is often eaten in the form of porridge. However, because of its neutral quality, it absorbs other flavors very well, making it ideal to bring together a number of dishes. Sorghum may also be ground into flour.

Sorghum is high in fiber and a good source of protein. A study  performed at the University of Missouri found that the extracts of red, black and white sorghums inhibited the growth of human colon cancer cells.

Amaranth seeds come from a broad-leafed plant that grows to approximately six feet high and sports brightly colored blossoms with as many as 60,000 seeds per flower. They were a staple food source of the ancient Aztecs, who also used the seeds in their religious ceremonies.

Amaranth is a relative of spinach, quinoa, beets and Swiss chard, and therefore contains many of the vitamins and minerals common to these plants. The seeds are rich in calcium, iron, several B-vitamins and vitamin C, and are composed of approximately 13-14 percent protein.

Amaranth seeds are also rich in the amino acid lysine, and may help lower ‘bad’ LDL cholesterol. Like sorghum, they can be eaten as a porridge or ground into flour, among a plethora of other options.

With the delicious variety of grain choices available, going gluten free does not have to mean going grain free. It may take a bit of trial and error to adjust your favorite recipes to substitute new, gluten free grains in place of traditional flours, but many gluten free cookbooks and recipes are available online and at your local bookstore to help.

If you are new to a gluten free diet, it may seem daunting to think about all of the foods that you can no longer eat. However, there are a wide range of options still available to you, and once you let your creativity run wild and experiment with them, you will find that you can create some truly unique and satisfying dishes.

It won’t be long until wheat is the furthest thing from your mind!