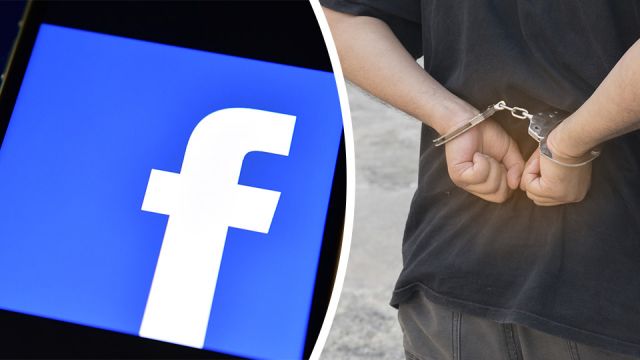 Israeli police accidentally arrested a Palestinian man after he posted “Good morning” in Arabic on Facebook, together with a photo of himself at work.

The man was working at a building site on a West Bank settlement near Jerusalem and posed with a photo of a bulldozer in the post. Facebook’s automatic language translation software translated the post as “attack them” in Hebrew and “hurt them” in English.

According to Israeli paper Haaretz, no Arabic-speaking police officer read the post before the man was arrested. After questioning, the police realized their mistake, and released the man a few hours later. At that point, the police agreed that the correct translation was “good morning.”

Facebook also quickly apologized for the mistake, Gizmodo reported. “Unfortunately, our translation systems made an error last week that misinterpreted what this individual posted,” said Necip Fazil Ayan, an engineering manager in Facebook’s language technologies group. “We apologize to him and his family for the mistake and the disruption this caused.”

Since last year, Facebook has been translating two billion text snippets per day. The application can translate 40 languages in 1,800 directions (such as French to English, or Japanese to Spanish). According to TechCrunch, some 800 million users — nearly half of the total number of people using Facebook — see at least some translations every month.

The advantage for Facebook in using its own translation system is that it can have more control over people’s news feeds, by understanding the meaning behind text and images. For example, if Facebook understands that a post is looking for recommendations of sites to visit in Rome, no matter if a post is in Indonesian, Arabic or Mandarin, it can suggest friends to ask for that recommendation.

Now, when Facebook is confident that its translation is correct, it automatically shows that translation, with an option to “view original,”

However, AI translation depends on learning from the most common uses of words, and most bi- or multi-lingual speakers find that Google and Facebook translations are very lacking.

“To have a machine being as smart as a human and holding up a conversation — where you actually have a meaningful counterpart — that’s still pretty science fiction at the moment,” said Philip Koehn, a Johns Hopkins University lecturer who has studied machine translation.

So, were police right to intervene and arrest that Facebook user? Let us know in the comments below!