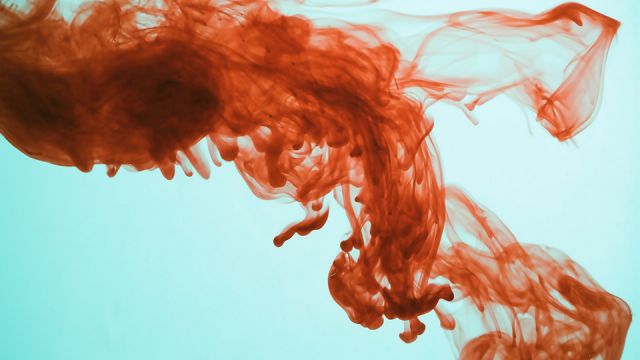 Halloween is around the corner. Soon, people will be donning spooky masks and trying to scare their friends and neighbors. But real-life is very often more frightening than make-believe. For instance, recently scientists published a study confirming a terrifying case involving a woman who actually sweats blood.

Medical practitioners call the condition hematohidrosis. As you might expect, the malady is extremely rare. In fact, according to hematologist and medical historian, Jacalyn Duffin, there have only been about 42 reported cases since the 1880s (most involving women and children).

In the cases she’s studied, Duffin says that the bleeding symptoms are usually preceded by an extreme emotional trauma, which the patient has experienced.

Despite its rarity, incidents involving hematohidrosis have figured prominently in human history. For example, The ancient Greek philosopher, Aristotle, called attention to it in the 3rd century BCE. In addition, the Bible describes Jesus Christ sweating blood prior to his crucifixion.

In the past, scientists and physicians have generally been highly skeptical about the existence of the condition. However, a new study, which was published in the Canadian Medical Association Journal on Monday, convincingly details the case of a 21-year-old Italian woman, who was admitted to the hospital because she was “sweating blood” from her hands and face.

You can see pictures of the patient below, which were tweeted by the Canadian Medical Association Journal:

Sweating blood is for real, but scientists remain baffled

Not much is known about the condition. However, the scientists at the University of Florence who wrote the case study, Dr. Roberto Maglie and Dr. Marzia Capron, reported that the woman’s facial bleeding becomes more intense during times of stress. In fact, at one point her symptoms were so problematic and embarrassing that she isolated herself socially. The researchers also say that the woman suffered from severe depression, which appears to have been brought on by her condition.

Scientists remain completely baffled by causes and the mechanisms through which the bleeding occurs. However, they are describing it as “bleeding through the normal skin without any relevant histopathological changes.” In other words, there are no cuts, scratches or other skin traumas that would account for the bleeding.

Currently, the woman is being treated with propranolol, a blood pressure medication, which has reduced but not eliminated her symptoms.