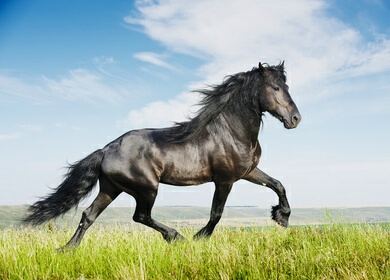 The Atlanta Journal Constitution reported on Monday that a New Mexico company will be the first meat plant allowed to slaughter horses for export since Congress banned the practice seven years ago. Other states, including Missouri and Iowa, may soon be following suit.

Oklahoma lifted a 50-year ban on horse slaughtering earlier this year, which allowed new facilities to process and export the meat while Nevada agricultural officials use slaughterhouses as a way to control wild, free-roaming horses in their state.

Horse meat is consumed in some nations such as France, Belgium, China, Russia and Mexico. It’s even touted as being a leaner, healthier, and even tastier option by some, like the chairman of the International Equine Business Association and CEO of Unified Equine, Sue Wallis, who has plans to open a slaughter plant in Rockville, Missouri. She’s been heavily promoting horse meat in an effort to cash in on the potential– even coming up with a number of horse meat recipes on a dedicated Facebook page.

Wallis is also a Wyoming state representative who has many horse lovers up in arms stating she is basing her propaganda on false information. Her many executive titles include devising food-safety protocols and humane certification standards as well as writing a brochure entitled “Americans Eat Horses,” specifically for the members of Congress, the head of the USDA and “the American people.”

Interestingly, the Rockville plant Wallis hopes to open was closed in 2011 after a recall of 14,000 pounds of beef due to possible e-coli contamination.

USA Today reported last year that the president of the Humane Society of the United States, Wayne Pacelle, would sue the U.S. Department of Agriculture under environmental impact regulations citing waste management concerns, noting that, “horse meat has been treated with pharmaceuticals and is unhealthy to consume.”

Pacelle remarked, “it’s ultimately a value question on how we value horses in the United States. Last thing we’re going to do is set up a commercial operation and sell the meat of dogs and cats in other countries. It’s unthinkable.”

As of yet, there is no word on a lawsuit from the group. Putting the issue aside of the potential slaughtering of our pets, what are the health implications of horsemeat? 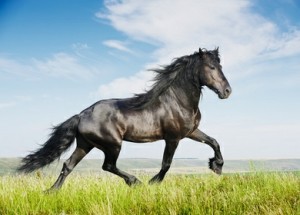 When it comes to horse slaughter, it’s important to consider the facts in addition to the emotions that arise with the issue. There is a long list of drugs present in U.S. horse meat. One of those is phenylbutazone, which has been linked to causing cancer that is fatal to humans – and babies in particular.

A report by Forbes.com contributor Vickery Eckhoff, who has been following the underground horse meat trade since 2011, notes that Wallis fails to reveal this information in all of her propaganda; phenylbutazone, she says, is a, “painkiller used legally by more than 85% of U.S. horse owners to treat everyday soreness and inflammation, but banned completely in food-producing animals, including horses, by the FDA and related agencies in Canada, the UK and the EU.”

Eckhoff adds, “in 1949 it was used to treat gout and rheumatoid arthritis in humans, but was later banned when its carcinogenic effects were discovered.”

An extensive study in 2010 appearing in the journal Food and Chemical Toxicology, according to Forbes, “analyzes the presence of “bute” in slaughter horses; the government’s inadequate drug testing methodology; and the USDA’s failure to ensure the removal of the vast majority of horses treated with banned substances from the food chain, among other topics.”

Even if you have no qualms about eating horse meat, you might want to at least consider the problem of potentially getting even more cancer-causing toxins in your diet.