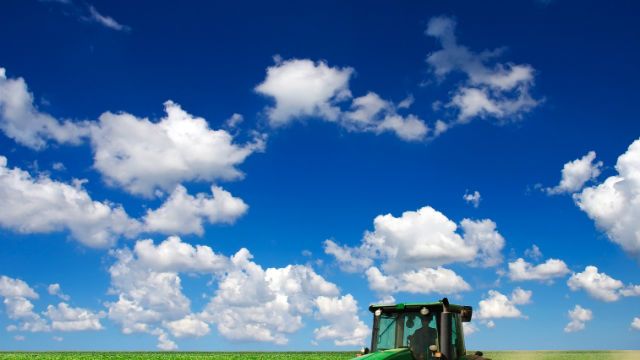 Almost everyone in the international development community says that they want to help the mostly poor, smallholder farmers of Africa. Most poor people on the continent are farmers and many of them African women.

One of the biggest problems in Africa when it comes to farming is a lack of nutrients in the soil. The Bill & Melinda Gates Foundation, together with the Rockefeller Foundation have shared a particular interest in “reducing poverty and hunger in Africa” through a program called the Alliance for a Green Revolution in Africa, or AGRA.

The $180 million five-year program was launched in 2006, and aimed to provide African farmers with Western-style agricultural techniques, including reliance on fertilizer and weedkillers and planting single crops, such as corn.

Million Belay, a food sovereignty activist in Ethiopia, as well as other critics have said that their approach may not be helping poor farmers at all, in fact, it may be making things worse by adopting approaches that depend on new technologies and chemical fertilizers or pesticides.

Food sovereignty is not focused as much on the methods as on their results, as well as who ends up in control, the farmer or a big agri-firm like Monsanto. Some even argue that the given rationale for AGRA may have been to address hunger, but that it was actually to sell products, specifically fertilizers, pesticides, hybrids and GMO seeds.

Activist Daniel Maingi says that he “failed miserably” in his attempts to connect with agricultural organizations funded by The Bill & Melinda Gates Foundation, so he decided to bring fellow activists from Zimbabwe, Nigeria, South Africa, Uganda and Ethiopia to Seattle, in order to bring their message to the headquarters of the world’s richest philanthropy.

Maingi’s organization, Growth Partners Africa, works with farmers to enrich the soil with manure and other organic material, to use less water and to grow a variety of crops, including some that would be considered weeds on an industrial farm. He, and other activists, believe that the American-style agricultural methods used aren’t successful in Africa due to the geological differences between the two continents, with Africa’s soil dry and not well-suited for thirsty crops or the heavy use of chemical fertilizers. The heavy use of fertilizers kills beneficial worms and microbes in the soil that are important for soil health.

Maingi says, “The model of farming in the West is not appropriate for farming in most of Africa.”

As the use of chemical fertilizers has skyrocketed in Africa many farmers have seen increased yields, but a recent analysis in the nation of Malawi found that the cost of using those fertilizers was so high that farmers actually lost money.
Mariam Mayet of the African Centre for Biosafety points out, “Many countries are subsidizing farmers to buy fertilizer. But that takes money away from public crop-breeding programs that provide improved seeds to farmers at low cost. It’s a system designed to benefit agribusinesses and not small-scale farmers.

The Seattle Times reports that Maingi and his fellow activists were met with disappointment upon discovering that the higher-ups he hoped to meet with would not be present at the event.

“At least we tried,” Maingi said.

According to the Seattle Times, Gates Foundation press secretary Chris Williams said in an email that the organization does focus on improving traditional crops like cassava, sorghum and millet, and that most of the new varieties are being developed by government scientists, not corporations. He wrote, “We think that farmers should be able to choose the seeds they want to use, whether those are saved seeds or the newest hybrids. Our goal is to give them a range of options.”