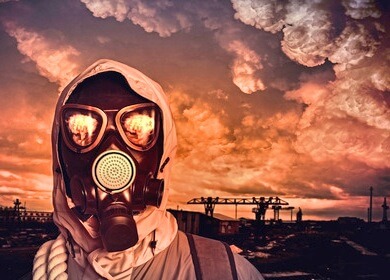 From 37 million bees to 23 precious school children in India, the poisoning continues. Every day we are faced with a constant barrage of chemicals in our food, water and air. Why? Because profit rules and the health of humans, animals and our planet comes second to those in power.

So, the question is, what can we do to protect ourselves, our children and our planet? The first step is to stop living under the false assumption that everyone has our back, because they don’t.

The sad news that 23 Indian school children are dead because of an insecticide that was found in their food reached the American press early this week. Did anyone know about the tainted food before it was served? We can only assume that someone may have known the implications of insecticides and health, but more details on this story will surface in time.

In America, the use of hazardous pesticides is on the rise and is mainly in response to the adoption of genetically modified crops. Superweeds, and extremely hard-to-kill insects, are showing up in farmland all over the country.

In fact, the use of genetically modified crops has led to an increase in America’s overall pesticide use by over 400 million pounds since 1996, according to the Center for Sustaining Agriculture and Natural Resources at Washington State University.

Monsanto first introduced the world to herbicide resistant seed in 1996 with their “Roundup Ready” varieties of cotton, corn and soybean. The seed was meant to make it easier for farmers to apply major doses of Monsanto’s herbicide product without killing the plant.

However, this has supremely backfired, as we now have over two dozen species of what are being called “superweeds” springing up that are resistant to the main ingredient in the herbicide glyphosate.

Similarly, Bt cotton and corn crops, designed to be resistant to certain pests, have spawned insect populations that are resistant to the toxin, forcing farmers to dump more and more insecticides on their crops. And the vicious cycle continues whereby we are exposed to dangerous toxic chemicals in our air, water and food supply on a daily basis.

One must ask, what is driving this vicious cycle? Is it the health and welfare of the American people, or the profit that pads the wallets of those making decisions regarding what is in our best interest? We think that the answer is quite clear.

The Danger of Pesticides

Pesticides are the only toxic substance that is released into our environment intentionally to kill living things. This includes weeds, insects, fungi, rodents and others. Pesticides are not only found on farms but also in our homes, schools, forests, roads and public buildings.

Everything from the bug spray under your kitchen sink to the crop duster flying over your house is loaded with toxins. Pesticides in our air, our food and our water threaten to rob us of our health.

In 1962, Rachel Carson shocked the world with her book, Silent Spring, a captivating and thrilling story about the damage that toxic chemicals were doing to our health and our environment.

Since the release of this book, that shocked millions of people, the use of DDT and other hazardous chemicals has skyrocketed, along with the extreme health threat that these chemicals pose.

Both chronic and acute medical concerns arise from exposure to these toxic chemicals, including everything from headaches, skin and eye irritation and fatigue to cancer and even death. Chronic health implications of exposure can linger for years after even minimal exposure to chemicals.

A 2007 study from the Public Health Institute, the Department of Health Service and the UC Berkeley School of Public Health found that there was a sixfold increase in the risk of autism spectrum disorders for children of women who were exposed to organochlorine pesticides.

The National Cancer Institute found that American farmers, who in most respects are healthier than the rest of the population, began to develop leukemia, Hodgkins disease, non-Hodgkins lymphoma and other forms of cancer at an alarming rate.

Other well documented research points to the relationship between exposure to pesticides and disruption of the endocrine system, which can produce birth defects, brain malformation, behavioral disorders and impaired sexual development.

Pesticide use can take an extremely heavy toll on children’s health. There is now enough collective evidence to support the fact that the human brain is not fully formed until a child is 12. Children also have more skin surface for their size than adults, which means that they can proportionally absorb more toxic chemicals through their skin (and in fact, can also absorb more through their lungs and intestinal tract).

In addition, they also absorb more air, food and water per pound than adults. With immature immune systems, children are highly susceptible to both acute and long term damage from pesticides.

Pesticides are designed to kill, and despite what the government agencies and manufacturers tell you, the pesticides on the market today are not safe, even when they are used legally. The flaws in the way toxic substances are registered, coupled with our political process that permits corporations to influence pesticide policy, puts us all at great risk.

The fact that pesticide use has been linked to cancer and genetic damage has been made clear, over and over again, yet this does not seem to stop the onslaught of these poisons. According to the EPA, over 70 active ingredients that cause cancer in animal tests are in use presently.

Where is the sanity in this? Not to mention the fact that most of pesticides on the market today have not been tested for long term safety. We are also kept in the dark about the toxic ingredients contained in these products, so we don’t even know what to look for.

The answer to our weed and pest problems lies in the adoption of a non-toxic, sustainable system of agriculture that supports organic farming practices and protects our health and the health of our planet. We need to endorse better testing procedures at both the state and federal levels, especially with those substances that are known to pose a health risk.

Any pesticide even suspected of causing human harm should be phased out of use. We need to protect our children, the most vulnerable population. Pesticides should not be used where they live and play, including schools and recreational facilities. 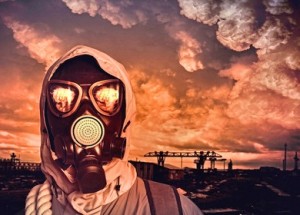 We must use non-toxic home and personal care products and take every measure to ensure that our children are drinking safe water and consuming healthy and organic food that is not tainted with toxic chemicals.

Our country needs to provide support, both financial and educational, to farmers that are willing to adopt non-toxic farming practices and stop subsidizing those using them. We should stop using pesticides to kill mosquitoes and adopt non-toxic methods of killing invasive weeds in our water.

Citizens of this country need to be informed about what pesticides are in use and why they are being used. Farmers and workers should be protected from acute and chronic pesticide poisoning.

When you think about the tiny lives that pesticides took in India today, don’t assume that you or your children are any safer in this country of ours. Step out of your comfort zone and start taking a stand for what is right.

Every choice that you make to better the health of you and your family makes a powerful statement to others.