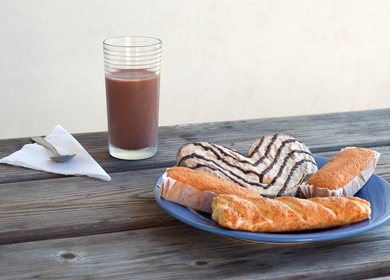 Thanks to some poor advice from mainstream health and nutrition media, many people are under the impression that flavored milks are an excellent alternative to sugar-filled sodas that can even help promote weight loss and build muscle.

A few years ago, the editor-in-chief at Men’s Health magazine wrote in an article entitled “The Chocolate Milk Diet” that, “if your teacher gave you chocolate milk as a lunchtime treat, she was (unknowingly) giving you one of the most powerful weight-loss tools in the nutritional universe. Turns out this childhood staple may be the ideal vehicle for your body’s neglected nutritional needs.”

Flavored milks have a ton of added sugar – which means lots of empty calories. Some have even more sugar than a 12-ounce Coca Cola Classic.

Some health experts have even recommended flavored milks as a great way for kids to get essential nutrients like calcium, vitamin D, protein, potassium, vitamin A, vitamin B-12, riboflavin, niacin and phosphorus, noting that the only difference is the added sugar. Registered dietitian Liz Weiss goes as far as saying “the amount (of sugar) is far less than what you’d find in soft drinks.”

Not only that, but all of those important nutrients can be found elsewhere – milk is really not a necessity for anyone, although the U.S.D.A. continues to claim that dairy foods are the most reliable, absorbable form of calcium.

Studies have shown that the calcium in kale is more absorbable than from milk, and that broccoli, brussels sprouts and mustard greens contain a higher percentage of absorbable calcium than milk. There are many important nutrients essential for maintaining and developing bones that aren’t found in milk at all.

Some school districts are doing the right thing. The Boulder Valley School District in Louisville, Colorado is one of them. They have banned flavored milk. The director of nutrition service, Ann Cooper, calls flavored milk “soda in drag,” adding, “it works as a treat in homes, but it doesn’t belong in schools.”

Celebrity chef Jamie Oliver has made revamping school food a signature cause. He says, “if you have flavored milk, that’s candy.” 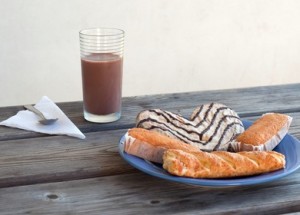 The high sugar content in soda as well as these flavored milks can cause spikes in blood sugar levels and ultimately lead to diabetes, weight gain, insulin resistance and a wide range of other health problems.

Some of these drinks also contain high fructose corn syrup on top of the sugar, in addition to toxic dyes and other additives.

By offering kids these unhealthy drinks and promoting them as nutritious beverages, you’re doing them a disservice. Offer them chocolate milk or plain milk, and what do you think they’ll choose?

While an occasional treat is okay, flavored milk should not be touted as a “superfood,” or served daily to school children.