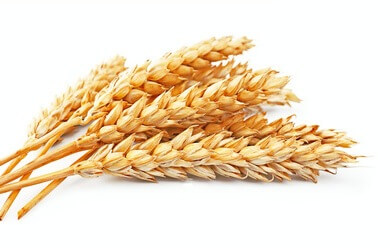 You’ve probably read many articles or listened to health experts who tout the benefits of eating whole grains, including wheat. So why would something that’s supposed to be so good for you be a bad thing?

Perhaps you’ve switched your standard white bread to whole wheat or your regular pasta for whole wheat pasta because you’ve been told this was the right thing to do, but now there is quite a bit of evidence that wheat is not the way to go.

According to Dr. William Davis, wheat is a “perfect chronic poison.” Last September he told CBS This Morning that modern wheat is an “18-inch tall plant that was created by genetic research in the 1960s and ‘70s,” noting that it has many new features, including a new protein known as gliadin.

Davis says, “It’s not gluten. I’m not addressing people with gluten sensitivities and celiac disease. I’m talking about everybody else because everybody else is susceptible to the gliadin protein that is an opiate. This thing binds into the opiate receptors in your brain and in most people stimulates appetite, such that we consume 440 more calories per day, 365 days per year.”

Wheat is nothing like the 4 ½-foot tall “amber waves of grain” it used to be, but perhaps a distant relative. Davis says it is genetically and biochemically “light years” removed from the wheat of only four decades ago but now sold under the guise of “healthy whole grains.”

He believes that the consumption of wheat is responsible for an incredible amount of human illness, obesity and suffering on an unprecedented scale which he discovered by accident in his quest to solve the dilemma of heart disease.

While many people don’t have a gluten intolerance or full blown celiac disease, there is still good reason for all others to avoid wheat due to its harmful and addictive properties.

One of the reasons that wheat is thought to cause weight gain is that it contains amylopectin A, which is converted to blood sugar and can increase blood sugar levels even higher than a standard candy bar might. The cycle of eating wheat causes dramatic blood sugar variation.

When consuming wheat our blood sugar spikes, then it dips significantly, causing us to feel hungrier, so we eat more wheat-based product, resulting in a very unhealthy pattern. When wheat is removed, the appetite stimulant is gone – and the constant hunger subsides.

Wheat is also addictive. When it’s eaten, one feels a mild euphoria as it’s broken down into a collection of gluten-derived polypeptides that are released into the bloodstream, eventually into the brain and binding to its opiate receptors. By removing wheat from your diet, you’re likely to snack less and experience fewer cravings.

Wheat may play a significant role in a number of chronic illnesses. Some of the most common include digestive disorders such as Irritable Bowel Syndrome, Crohn’s and Celiac disease but it can also greatly increase the risk of developing diabetes, contribute to deteriorating mental health and even neurodegenerative diseases such as Parkinson’s Disease and Alzheimer’s.

All autoimmune diseases, including everything from rheumatoid arthritis to lupus and Hashimoto’s, are made worse by consuming wheat.