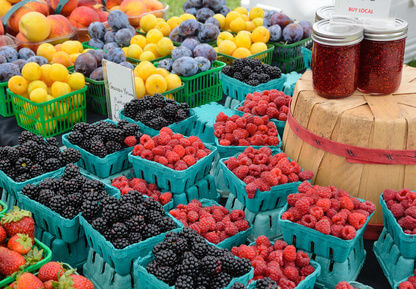 Our surroundings play a big part in body weight and overall health. With the national obesity rate doubling over the past three decades, from 15 percent to 30 percent, it’s important to consider the broad set of contributing factors.

While some of us don’t have much of a choice as to where we live, just by being aware and making a greater effort, it’s certainly possible to buck the odds and enjoy a healthier, higher quality life.

MSN Healthy Living recently named Boulder, Colorado as the fittest city in America. Their obesity rate is less than half the nation’s average at 12.5 percent. One of the reasons it tends to be healthier than other towns is that it’s consistently ranked among the top bike friendly cities in the U.S.; many residents bike to work and also spend their leisure time enjoying a variety of outdoor activities.

Sitting against the spectacular Flatiron Mountains at a high altitude with lots of sun, the area is a mecca for endurance athletes with the scenery and active attitude inspiring residents to get outdoors and be healthy.

On the other end of the spectrum, McAllen, Texas ranked highest in obesity for the second consecutive year at 38.5 percent. The poverty rate here is also extremely high at 37.7 percent, showing a strong correlation between low income and poor health. This can frequently limit healthful diet and exercise choices.

Unfortunately, these poor choices come with a high cost later when it comes to medical bills. Healthcare costs associated with obesity are estimated at $147 billion a year and residents of the fattest cities pay an estimated $1 billion more in medical costs due to their high obesity rates.

It isn’t just the city or the state you live in either; your neighborhood could be making you fat.

Researchers have found an association between obesity and not having healthy options within one mile of your home. A “neighborhood healthy food environment” is associated with a 10 percent lower rate of obesity. For those who have limited transportation options, stopping into a convenient store with easy-to-prepare packaged foods and candy, or to a fast food joint, is seen as much more convenient.

People who live near these places that carry mostly canned and processed foods are more likely to be overweight while those who live closer to healthy stores specializing in organic fruits and vegetables and other healthier food choices tend to be more fit.

Both men and women who live in walkable neighborhoods tend to weigh less than those who don’t. Older neighborhoods are typically designed to allow residents to walk to everything they need, so the older your neighborhood, the less likely you are to be obese.

Increased access to outdoor fitness activities coupled with the availability of healthy foods, good water and air quality, lower incidences of smoking and drinking and more community spaces like parks, also contribute to a population with healthier body weights.

The next time you find yourself making a move, consider the neighborhood. If you can, choose a home in an area of town with sidewalks, join community organizations that encourage walkability and farmer’s markets.

If you can’t walk to your local farmer’s market or grocery store, consider biking. You’ll receive the benefits of the exercise in addition to having healthier food choices!