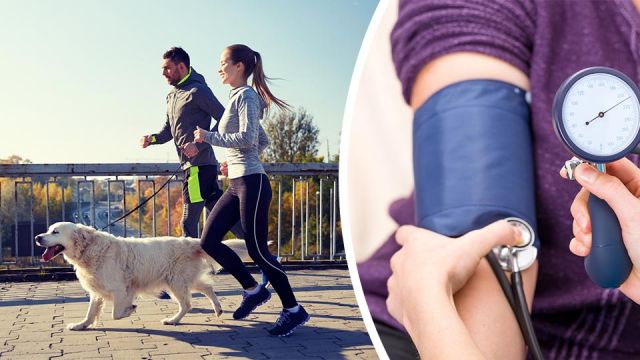 Just in case you needed one more reason to love your dog, here’s a good one. Man’s best friend could actually help you live longer. There are so many benefits to owning a dog — companionship and physical activity to name two. But now a new study reveals that your puppy can do even more for your health like decrease your risk of dying. If you don’t own a puppy, here are some healthy reasons why maybe you should.

For those living alone, dogs can provide well-needed social support. But even beyond that, dog ownership is linked to a reduced risk for cardiovascular disease and even death, suggests a new Swedish study published in the journal Scientific Reports.

In fact, according to the study, for those living alone, owning a dog decreases the risk of death by 33 percent. And decreases their risk of cardiovascular-related death by 36 percent compared to those without a dog.

Additionally, the chances of having a heart attack were found to be 11 percent lower. Why? Because dogs provide social support, and dog owners tend to be more physically fit.

Even dog owners who have more than one person living in the same home saw benefits, though to a somewhat lesser degree. Risk of death among these dog owners fell 11 percent. Meanwhile, their chances of cardiovascular death were 15 percent lower. But the risk of a heart attack was not reduced by owning a dog.

The study, which studied over 3.4 million Swedish people between the ages of 40 and 80 over a 12-year period, found that certain breeds offered the best health benefits. Interestingly, people who owned hunting breeds, including terriers, retrievers and scent hounds were the most protected from cardiovascular disease and death.

How to adopt a dog

Even if you have your heart set on a specific dog breed, before checking out a local breeder, why not look into dog adoption. Did you know that 25 percent of all dogs in shelters are purebred? There are also many dog breed rescue groups that specialize in a specific breed of dog.

Many people think animal shelters and dog rescues are filled with dogs that were discarded because they’re bad and unmanageable. But nothing could be further from the truth, says adoptapet.com. Shelter dogs make great companions. Many dogs are placed in a shelter because of family tragedy, unlucky circumstances or irresponsible pet owners.

Here’s what to look for in a shelter pup

Rescuing a dog from a shelter is tremendously satisfying. But choosing the right dog can be tough. Shelters are stressful places to visit and even more stressful for dogs. Many dogs are jammed into small, cramped, noisy and harshly lit spaces. Just being in a shelter can make a dog depressed, anxious and even manic, which makes it hard for a pup’s true personality to shine.

According to dogtime.com shelters that focus more on animal control rather than adoption may know very little about the dogs they’re holding. And an employee who wants to save a dog may not give you the full history of the dog. Here’s what you need to ask:

Puppy mills are commercial dog breeding operations that value profit above the well-being of the dog. They produce generation after generation of dogs with unchecked hereditary defects, according to the ASPCA. Most puppies sold to pet shops come from puppy mills. Their ancestry is often falsified, and these dogs are often plagued with health problems.

Beyond disease, puppy mill dogs often have temperamental problems. These dogs are generally fearful and not very social with humans and other animals since they’re normally removed from their littermates and mothers at just six weeks of age.

Even if a pet store owner tells you they get their dogs from licensed USDA breeders, the only way to really know for sure is to see for yourself where the puppy was born and raised. Any puppy sold online has likely come from a puppy mill. Responsible breeders would never sell to someone they haven’t met. Breeders screen potential buyers to ensure the puppies go to good homes.

Before making a commitment…

Anyone who’s ever shared their home with a pet knows that an animal brings love and companionship. But if you’re thinking of getting a dog solely for the purpose of improving your health, think again. Before making a commitment to becoming a dog owner, consider whether you’re healthy enough or even have the financial means to care for a pet.

Dogs in particular need to be walked, groomed and taken to the vet. If you’re a senior, you may want to contact PAWS. They’ll find a pet that matches your lifestyle and at a reduced adoption rate. Meanwhile, to find a responsible dog breeder, contact the Humane Society. But don’t discount shelters either. Remember, one in every four dogs in animal shelters is a purebred. But like humans, all dogs need love, purebred or not. And all breeds of dogs may even help you live longer.