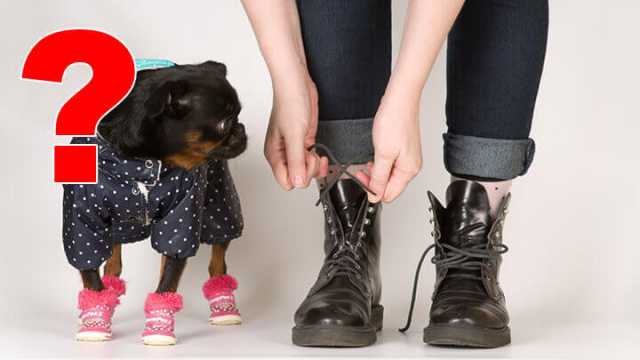 We’ve all see the growing trend of people dressing up their dogs in sweaters, hats, boots and more. Some people even dress other types of pets, such as cats. In certain cases, this makes sense  — such as a coat on a short-furred dog on a very cold day. But way too many people take it to the extreme. People now transform their pets into furry fashion models.

Is playing “doggy dress up” on a regular basis healthy for your dog? Recently, one Florida dog was extremely opposed to the idea.

A frightening dog attack triggered by a sweater

Recent news from Tampa, Florida relayed a vicious attack on a family by a mutt named Scarface. According to the family’s neighbors, the dog was new to the home and had only been with the family for about a month. Brenda Guerrero, one of the dog’s owners, one day decided that Scarface should wear a sweater. That’s when the trouble began.

As Brenda tried to dress Scarface in the sweater, the dog turned around and attacked her. Brenda’s husband, Ismael Guerrero, and her son, Antoine Harris, both tried to pull Scarface off of Brend. Both were subsequently attacked, as well. Luckily, all three family members were able to escape the backyard (where the incident occurred) and run inside their house. They then called police and animal control. After a struggle, authorities were able to take Scarface into custody. Brenda was treated for serious injuries and her husband and son were treated for injuries, as well. None of the injuries were life-threatening.

Now, this attack cannot, of course, be blamed solely on a sweater. There were obviously aggressive tendencies to Scarface’s temperament. I don’t know what his history was, but it seems that this dog was not treated properly throughout his life. Neighbors of the family said that the dog would sometimes escape the Guerrero’s yard and run freely through the neighborhood. This is not a safe situation for anyone, including the dog. While the sweater was only the trigger of the attack, it seems the family would have been wise to get to know their dog better before trying to dress him.

When do dogs need clothes? 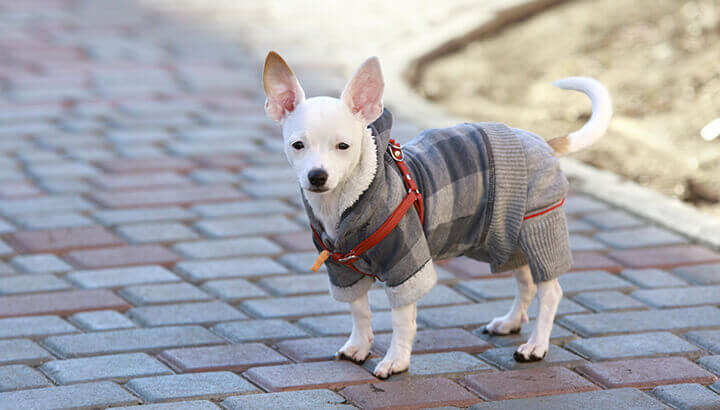 Although many people are fans of dressing up their pets, in most cases, this is simply not necessary. According to Dr. Marty Becker, a Washington state veterinarian, there are only a few types of dogs that need sweaters. These include small dogs, elderly dogs, dogs with chronic health conditions or thin, short-haired dogs such as greyhounds and whippets.

Those types of dogs may get cold easily and benefit from a well-fitting sweater or coat when walking around in the winter months. Some well-fitting doggie boots to protect their feet from the ice wouldn’t hurt, either.

When is dressing a dog harmful?

Some experts argue that, in many cases, dressing a dog may be harmful, especially if the clothes are uncomfortable and restrict natural movements. Jo Barr, a spokeswoman for RSPCA, a United Kingdom animal welfare charity organization, states:

“Dog owners should be aware that under the Animal Welfare Act that came into force in April 2007 they have a duty of care to ensure that all of their pets’ needs are met. One of those needs is to express normal behavior and it could mean that with restrictive clothing they are not able to do that properly.”

“We’re concerned that any pet should be viewed as a fashion accessory. Taking on an animal is a long-term commitment. It’s quite humiliating and sends out the wrong message about pet care.”

She has a good point. A dog is meant to act like a dog — not a dress-up doll. A coat in the winter is one thing, provided that it fits well and does not restrict or chafe. But hats, bows, t-shirts and ties are quite another.

If you do dress up your dog, do this

If you do decide to put clothing on your dog (or any animal), make sure that it fits well and does not restrict their movement or play. Also, it is imperative to pay close attention to how the dog reacts to the clothing. Some dogs don’t mind. Others mind a lot. If your dog hates it, forget the whole dress-up idea — no matter how cute you think it looks. Their welfare is more important.