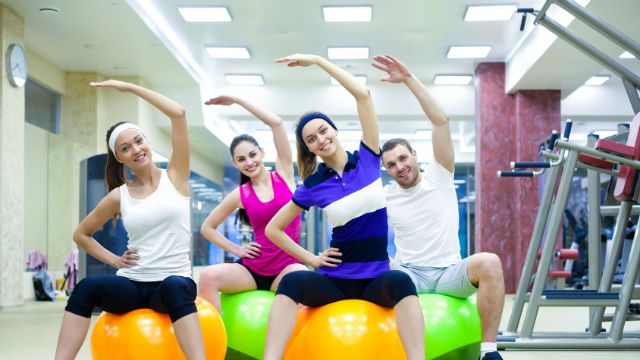 A new study has confirmed something that many fitness experts already believed: It’s quality, not quantity, that counts more when it comes to exercise as well as diet.

In the paper published in The Journal of Applied Physiology, researchers report that you’ll derive the most benefits from a multidimensional exercise program that includes resistance exercise, interval sprint exercise, stretching (including yoga or pilates), and endurance exercise.

The study involved 57 male and female volunteers between the ages of 35 and 57 who were clearly out of shape, reporting that they exercised less than 60 minutes per week, hadn’t done any resistance training over the last decade, and were also obese or overweight with an average body mass index of 28.6, and average body fat percentage of 36.6.

They were divided randomly into three groups, with one remaining sedentary, another participating in intense resistance training four times a week, and the third group following a multidimensional regimen of resistance exercise, interval sprint exercise, stretching led by a yoga instructor and endurance exercise.

At the end of a 16-week trial, the third group showed the greatest health improvements, including reductions in body weight, total and abdominal fat mass, waist circumference, and blood glucose as well as the greatest increase in percentage of lean body mass.

Researcher and Skidmore College exercise scientist Paul Arciero noted, “It’s not about simply doing more exercise. It’s about doing the appropriate range of exercises and activities that most effectively promote health and fitness. If your goal is to lose weight and maintain optimal health and fitness, the quality of your exercise and diet regimen matters more than the quantity.”

If participating in so many different types of exercise sounds overwhelming, that’s another good reason to consider HIIT – or High-Intensity Interval Training – to help boost your fitness level and achieve weight loss goals in a much shorter amount of time.

While there are many different types of HIIT workouts, you can use it to combine resistance exercise and cardio or interval sprint type exercises to knock out two at the same time.

HIIT is made up of short, intense bursts of exercise with either active recovery, such as less intense exercise, or complete rest in between. Both cardio and strength routines qualify as long as they get your heart pumping. You can get an incredibly effective workout in less than 20 minutes.

Fancy equipment isn’t needed either; for example you might run for one minute and then stop and perform jumping lunges, squat jumps or lift light weights for the next intense burst.

Not only will you burn more calories during an HIIT workout, but the intense exertion helps boost fat and calorie burning for the next 24 hours after the workout as compared to a steady-pace run.

In addition to HIIT workouts, you should devote some time in your schedule for stretching, whether it’s traditional stretching, yoga, or Pilates, ideally for 20-30 minutes, three days per week. 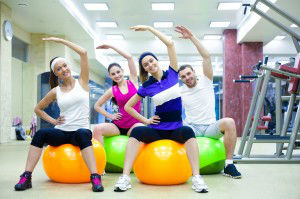 So when you consider that exercise is an incredibly valuable part of a healthy life, and doing anything is better than doing nothing, you’ll up your fitness level, and reach your ideal weight, much quicker by choosing the highest quality exercise.