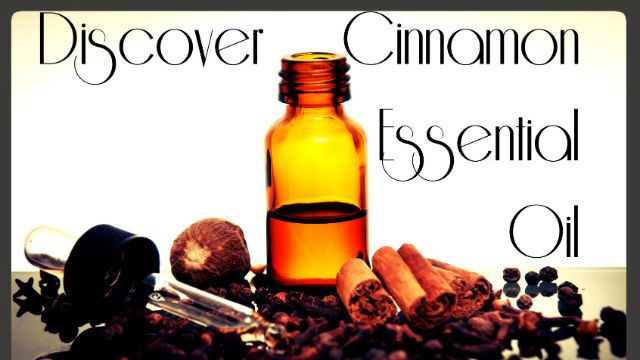 There are few aromas as warming and comforting as cinnamon. The essence of this sweet, pungent spice making its way through the kitchen can truly make you feel at home. Besides being a delicious culinary addition, cinnamon has many amazing healing properties. One great way to get these benefits in concentrated form is through cinnamon essential oil.

Cinnamon is one of the oldest spices on Earth; it was used medicinally and as a flavoring in ancient Egypt, and Chinese medicinal writings date its use back as far as 2700 BC. This spice comes from the inner bark of the cinnamon tree, which rolls into a “stick” shape when it dries. In the western world, cassia cinnamon, which is native to China, is most available.

Besides being a good source of several important minerals, including calcium and manganese, and an array of antioxidants, cinnamon contains essential oils with active compounds including cinnamyl acetate, cinnamyl alcohol and cinnamaldehyde. It is these essential oil compounds which give cinnamon its antibacterial, antiviral and antifungal properties.

Along with stopping pathogens in their tracks, the essential oil compounds in cinnamon have highly noteworthy cardiovascular benefits. Cinnamaldehyde has been linked to the prevention of unwanted blood platelet clumping, and to better circulation in general. As it helps blood flow more freely throughout the body, it may help to lower blood pressure, as well as aid in preventing a heart attack or stroke from occurring.

Research has also found that cinnamon can be a very beneficial spice for diabetics and those with pre-diabetes, as it has been linked to lowering blood sugar levels in several studies. This ancient spice slows the emptying rate of the stomach, which may work to improve insulin sensitivity.

A 2003 study published in the journal Diabetes Care recruited 60 adults with type 2 diabetes, and divided them into six groups. The first group was given 1 gram of cinnamon daily, the second group was given three grams, and the third group was given six. The remaining three groups were given placebo capsules in perceived dosages equivalent to what the test groups consumed.

Upon analyzing the results, the study authors wrote, “the results of this study demonstrate that intake of 1, 3, or 6 g of cinnamon per day reduces serum glucose, triglyceride, LDL cholesterol, and total cholesterol in people with type 2 diabetes and suggest that the inclusion of cinnamon in the diet of people with type 2 diabetes will reduce risk factors associated with diabetes and cardiovascular diseases.”

Another study, published in 2010 in the journal Diabetic Medicine, randomly assigned 58 adult participants with type 2 diabetes either two grams of cinnamon or a placebo every day for twelve weeks.

The researchers noted improvements in the blood sugar and blood pressure of the cinnamon group, and concluded, “cinnamon supplementation could be considered as an additional dietary supplement option to regulate blood glucose and blood pressure levels along with conventional medications to treat type 2 diabetes mellitus.”

Due to its potent antibacterial properties, cinnamon essential oil can do wonders for mouth care. Instead of using mouthwash after you brush, pour a couple drops of this oil in a glass of water, and use to rinse and gargle.

This can destroy bacteria in your mouth that lead to plaque build-up and odors, help to prevent gum disease and tooth decay, and leave your mouth tasting and smelling wonderful.

There are many other uses for cinnamon essential oil – when diluted with a base oil (such as organic coconut oil) and used in massage it can help reduce joint and muscle pain, as well as relieve congestion. Rubbing the mixture on your temples and neck can help to relieve headache pain, and just the scent of the oil alone has been linked to cognitive improvements. 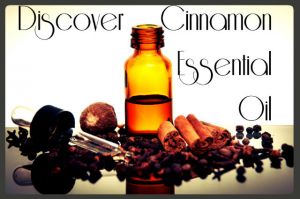 When searching for a cinnamon essential oil, make sure to do your homework and find a high-quality, food-grade product with no additives. You can add a drop or two directly into food – just be cautious of how much you add, as it is very potent. You can also add it to tea or a glass of milk, or a fresh juice or smoothie. Always dilute with a base oil before applying to your skin.

As the fall season approaches, make sure you have some cinnamon in your life. Adding some of this essential oil into a diffuser can release its aromatherapeutic brilliance throughout your entire home.