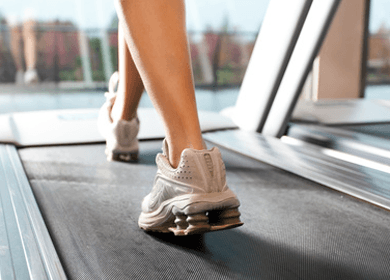 Regular exercise elevates moods and reduces symptoms of depression while benefiting the body. Countless studies have indicated the powerful impact that exercise has on increasing positive thoughts and actions. But, is this only true for people who actually like to exercise and are intrinsically motivated to do so?

Many people find themselves going to the gym or making laps around their neighborhood when they would much rather be doing anything else. For these people, exercise has either been recommended by a concerned doctor or perhaps even a caring spouse. Either way, the person doing the exercise is not doing it because they find it enjoyable. This is what is known as exercising out of duress. If a person is exercising out of duress, do they still get the same emotional benefits they would if they chose the exercise themselves?

This question is one that scientists at the Center for Neuroscience at the University of Colorado set out to answer. They gathered together four groups of male rats that liked to run. The first group was allowed free access to an exercise wheel. The rats seemed to alternate between periods of high-intensity exercise and low intensity exercise, much like humans who combine running and walking. Rats in the second group were locked in exercise wheels that researchers controlled. They forced the rats to run and attempted to mimic their own walk/run patterns that they had observed. The rats daily mileage was equal to that of the rats who had run voluntarily. Rats in the third group were placed on mechanical treadmills and were forced to run at a steady state with no options for starting and stopping. Rats in the fourth group did not exercise at all.

After six weeks of watching the rats, they were all placed in an intricate maze-like cage where scientists measured their levels of anxiety. Rats that froze or ran to the darkest corners of the cage were considered anxious. The results indicated that the treadmill rats and the sedentary rats were the most anxious. The rats who ran of their own free will and those who ran when controlled by
researchers bounced back from stress easily and appeared to be happy.

These results, researchers say, indicate that even when exercise was controlled by someone else, the rats seemed to build up their resistance to stress. Extending these results to us, the study can be translated to mean that extrinsically motivated exercisers will be happier and more relaxed afterwards, even if they have no fun during the workout.

Researchers noted that the rats who were on the treadmill were not able to start and stop like they would naturally, and this caused them to be stressed. This finding intimates that the type of exercise may have some bearing on the degree of benefit associated with the exercise. Perhaps interval training, which has been highly touted for its physical benefits, also produces more superior emotional benefits.

Most importantly of all, this study serves as a strong reminder that exercise is a proven way to manage stress and one that should always be chosen over the use of pharmacological drugs.