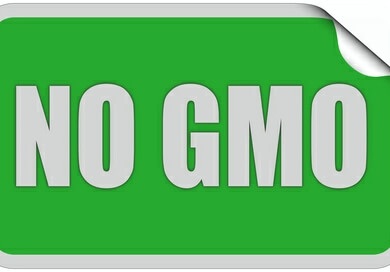 Last weekend, hundreds of thousands of people worldwide gathered together to demand mandatory labeling of GMO foods. The ‘March Against Monsanto’ was held in 52 countries and 436 cities, including large U.S. cities such as Los Angeles, San Diego, Portland and Orlando.

This event signified the first unified, global protest for the cause against Monsanto. These demonstrations have been getting mainstream media attention, with networks such as CNN and ABC, as well as publications including the New York Daily Times and the Los Angeles Times, covering the events.

The ‘March Against Monsanto’ movement was started on February 28, 2013 by mother of two Tami Canal, who called for action against Monsanto via her Facebook page. “It was empowering and inspiring to see so many people, from different walks of life, put aside their differences and come together today,” she said.

Photographers captured hundreds – in some cities thousands – of people at these demonstrations, holding signs with messages including, ‘My Genes Say No GMO’ and ‘We are the 99%. GMO is a Crime.’ According to Si Reasoning, an Alabama activist, musician and artist, Monsanto’s practices regarding GMOs constitute a, “huge, uncontrolled experiment on the American people.”

The USDA does not currently require GM foods to be designated on a label, despite efforts by organic food companies and various consumer groups. Last week, the U.S. Senate rejected a bill that would have allowed states to require the labeling of GM foods.

Spokespeople for Monsanto argue that GM crops add nutritional benefits, improve crop yields and increase global food supply. They recently released a statement saying, “the 21,000 people at Monsanto are proud of our efforts to help improve farm productivity and food quality… We believe we are making a contribution to improving agriculture by helping farmers produce more from their land while conserving natural resources such as water and energy.”

However, a multitude of experts argue that this is anything but the truth. They say that GMOs can lead to serious health conditions and environmental harm. Many scientists also point out the fact that no studies as to the long-term effects of GMOs have been able to be performed, and there are too many unknown variables to ensure the safety of these crops, both to humans and to ecological systems.